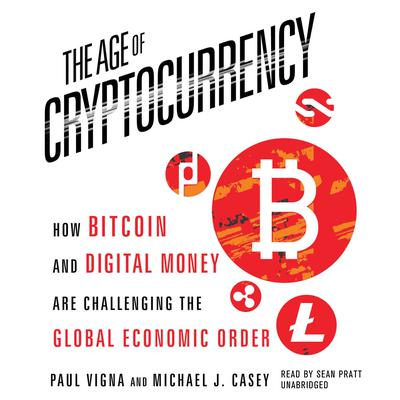 The Age of Cryptocurrency: How Bitcoin and Digital Money Are Challenging the Global Economic Order

The Your Coach in a Box Series

Bitcoin became a buzzword overnight. A cyber-enigma with an enthusiastic following, it pops up in headlines and fuels endless media debate. You can apparently use it to buy anything from coffee to cars, yet few people seem to truly understand what it is. This raises the question: Why should anyone care about bitcoin? In The Age of Cryptocurrency, Wall Street journalists Paul Vigna and Michael J. Casey deliver the definitive answer to this question. Cybermoney is poised to launch a revolution, one that could reinvent traditional financial and social structures while bringing the world's billions of "unbanked" individuals into a new global economy. Cryptocurrency holds the promise of a financial system without a middleman, one owned by the people who use it and one safeguarded from the devastation of a 2008-type crash. But bitcoin, the most famous of the cybermonies, carries a reputation for instability, wild fluctuation, and illicit business; some fear it has the power to eliminate jobs and to upend the concept of a nation-state. It implies, above all, monumental and wide-reaching change—for better and for worse. But it is here to stay, and you ignore it at your peril. Vigna and Casey demystify cryptocurrency—its origins, its function, and what you need to know to navigate a cyber-economy. The digital currency world will look very different from the paper currency world; The Age of Cryptocurrency will teach you how to be ready.

“The Age of Cryptocurrency not only demystifies and explains bitcoin, but also shows where it fits into the cultural zeitgeist and where it’s pointed and what that may mean for our financial system.” —John Mauldin, New York Times bestselling author of Endgame
“To their ample credit, Paul Vigna and Michael J. Casey, veteran Wall Street Journal reporters, resist the common temptations to hype their trendy subject. They’ve written a reported explainer that patiently documents Bitcoin’s rise, acknowledges its flaws, and highlights its promise…[A] most thorough and readable account.” —Washington Post
“A thorough, multidisciplinary approach to the topic, including a fascinating examination of the origin of money…Newcomers will gain a better understanding of the revolutionary potential of digital currency…And the explication of the non-currency applications of the concepts behind Bitcoin—such as tamper-proof records of verified information—will be valuable to any reader.” —Publishers Weekly (starred review)
“Anyone who views bitcoin as a voodoo concept must read this totally comprehensible narrative outlining the history of money and how bitcoin might become a new and better currency. For those confused by bitcoin concepts, this clearheaded and readable book sets forth credible reasons why bitcoin might or might not be an evolving economic miracle.” —Arthur Levitt, twenty-fifth Chairman of the United States Securities and Exchange Commission 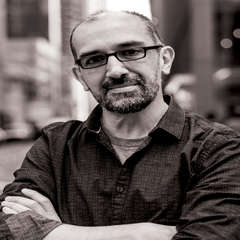 Michael J. Casey writes for the Wall Street Journal, covering global finance in his Horizons column. He is a frequent contributor to the Journal’s MoneyBeat blog. Casey has written for such publications as Foreign Policy, the Washington Post, and the Financial Times. His books include Che’s Afterlife and The Unfair Trade.