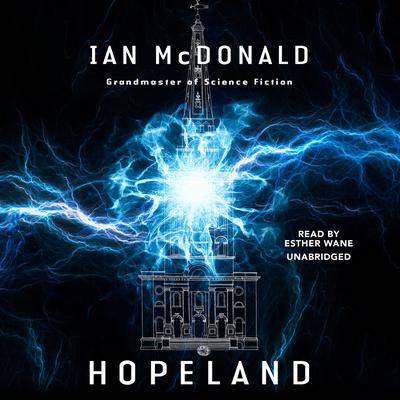 A time-traveling, futuristic saga of a family trying to outlast and remake a universe with a power unlike any we’ve seen before

From rioting London to geothermal Iceland to the climate-struck islands of Polynesia, from birth to life to death, from tranquility to terror to joy, Raisa’s journey will encompass the world. But one thing will always be true.

Hopeland is family―and family is dangerous.

Ian McDonald, the acclaimed award-winning author of science fiction, has written novels for five series, ten stand-alone novels, two novellas, any many short stories. He has won the Locus Award, the British Science Fiction Association Award, the Phillip K. Dick Award, and the John W. Campbell Memorial Award. In 2019, he was named a Grand Master of Science Fiction by the European Science Fiction Society. He was born in 1960 in Manchester, England, to an Irish mother and a Scottish father. He moved with his family to Northern Ireland in 1965. He now lives in Belfast.