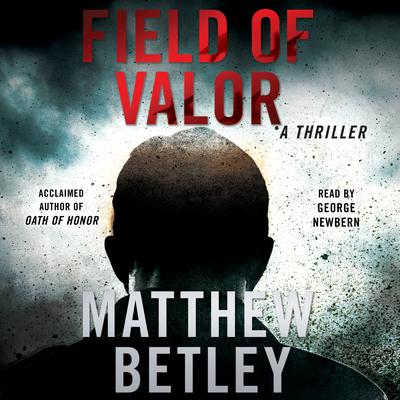 Field of Valor: A Thriller

Set in the aftermath of Betley’s “machine-gun pace” (Booklist) Oath of Honor and the discovery of a deadly global conspiracy, the president requests Logan West to form a covert task force with the mission to dismantle a nameless enemy.

With the full resources of the Justice Department, Intelligence Community, and the military (not to mention presidential pardons pre-signed), Logan must battle a secret organization with the connections and funding to rival many first-world nations. The goal of this organization is both singular and sinister—to pit the United States against China in a bid to dismantle the world’s security and economy. Back on US soil, Logan and his task force pursue the elusive foe from the woods of northern Virginia to the banks of the Chesapeake Bay, from suburban Maryland across the urban sprawl of Washington DC. The stakes have never been higher for Logan or America itself...

“Rousing…[Betley’s] battle scenes, both in flashback and in the present, are tense and often shocking…Military action fans will be satisfied.” —Publishers Weekly

Matthew Betley is the author of the Logan West Thrillers and a former Marine Officer of ten years. Trained as a scout sniper platoon commander, an infantry officer, and a ground intelligence officer, his experiences include deployments to Djibouti after September 11, and Fallujah and Iraq prior to the Surge. A New Jersey native who considers Cincinnati home but now resides on the East Coast, he graduated from Miami University in Oxford, Ohio, with a BA in psychology and minors in political science and sociology.