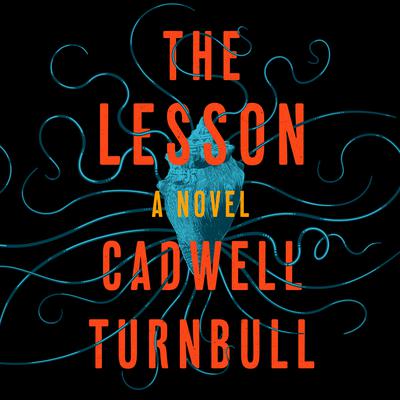 The Lesson: A Novel

By Cadwell Turnbull
Read by Janina Edwards  and Ron Butler

Longlisted for the Massachusetts Book Award

A Polygon Pick of Best SSF Books of 2019

A Barnes & Noble Best Book of the Year

A Publishers Weekly Best Book of 2019 in Science Fiction

A Library Journal Best Book of 2019 in Science Fiction & Fantasy

Nominated for a 2019 Voice Arts Award

An Amazon Best Book of the Month for June 2019

A Verge Pick of 11 New Science Fiction and Fantasy Books

An SFBook.com Pick of Most Anticipated Books of 2019

A Kirkus Reviews Pick of Most Anticipated Summer Reads

An Ars Technica Pick of Most Anticipated Books of 2019

A GamersNewsClub.com Pick of Most Anticipated Science Fiction and Fantasy Books

A Publishers Weekly Pick of Top 10 Books for Spring 2019 in Science Fiction, Fantasy, and Horror

A BlackGirlNerds.com Pick of New Books

An alien ship rests over Water Island. For five years the people of the US Virgin Islands have lived with the Ynaa, a race of superadvanced aliens on a research mission they will not fully disclose. They are benevolent in many ways but meet any act of aggression with disproportional wrath. This has led to a strained relationship between the Ynaa and the local Virgin Islanders and a peace that cannot last.

A year after the death of a young boy at the hands of an Ynaa, three families find themselves at the center of the inevitable conflict, witnesses and victims to events that will touch everyone and teach a terrible lesson. 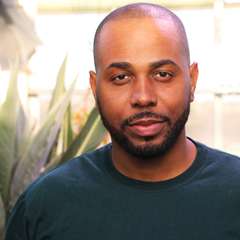 Cadwell Turnbull is the author of The Lesson and No Gods, No Monsters. He is a graduate of North Carolina State University’s creative writing MFA in fiction and English and MA in linguistics. Turnbull is also a graduate of Clarion West 2016. His short fiction has appeared in The Verge, Lightspeed, Nightmare, and Asimov’s Science Fiction and a number of anthologies, including The Dystopia Triptych and Twelve Entanglements. His Nightmare story “Loneliness Is in Your Blood” was selected for The Best American Science Fiction and Fantasy 2018. His Lightspeed story “Jump” was selected for The Year’s Best Science Fiction and Fantasy 2019 and was featured on LeVar Burton Reads. The Lesson was the winner of the 2020 Neukom Institute Literary Award in the debut category and was shortlisted for the VCU Cabell Award and longlisted for the Massachusetts Book Award. No Gods, No Monsters is the winner of the Lambda Literary Award for Best LGBTQ Speculative Fiction, is a current finalist for the Locus Award for Best Fantasy Novel, and was longlisted for the PEN Open Book Award. Turnbull grew up in the US Virgin Islands and currently lives in Raleigh where he teaches creative writing at North Carolina State University.