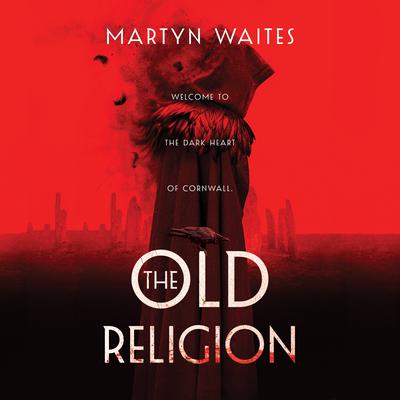 The Cornish village of St. Petroc is the sort of place where people come to hide. Tom Killgannon is one such person. An ex–undercover cop, Tom is in the Witness Protection Program hiding from some very violent people, and St. Petroc offers him a chance to live a safe and quiet life.

Until he meets Lila. Lila is a seventeen-year-old runaway. When she breaks into Tom’s house, she takes more than just his money. His wallet holds everything about his new identity. He also knows that Lila is in danger from the travelers’ commune she has been living at. Something sinister has been going on there, and Lila knows more than she realizes. But to find her, he risks not only giving away his location to the gangs he’s in hiding from but also becoming a target for whoever is hunting Lila.

“Waites brings all his storytelling talent and experience to this chilling tale, with results so spectacular I might never go to Cornwall again.” —Lee Child, #1 New York Times bestselling author
“A guaranteed thrill ride…Keeps you guessing until the end.” —Sarah Pinborough, New York Times bestselling author of Behind Her Eyes
“Authentically spooky, thrillingly atmospheric, and unnervingly relevant. It reads like The Wicker Man for the Brexit era.” —Chris Brookmyre, author of Dead Girl Walking
“Delivers plenty of adventure, darkness, action, and suspense. Alongside the Brexit cynicism it’s also got about two crow skulls’ worth of sinister…The storytelling is strong throughout, and as the two unstoppable forces of Tom Killgannon and Morrigan are drawn onto a collision course there’s no way you’ll be able to put The Old Religion down until all is resolved.” —Crime Fiction Lover
“A strong plot, a formidable air of menace, and the avoidance of hillbilly horror cliché add up to a superbly executed cautionary tale about the malevolent force of parochialism.” —The Guardian (London)
“Author Martyn Waites deftly switches from pen to mic for his exciting, sometimes terrifying, mystery set in rural Cornwall…Winner of the AudioFile Earphones Award.” —AudioFile
“It was only a matter of time before the first post-Brexit crime novel appeared, and readers should be grateful that it’s in the capable hands of Martyn Waites…Waites’s taste for English gothic is in the mix here, as are some masterful plot revelations.” —Financial Times (London)
“Stark, creepy, and gripping until the final page, The Old Religion is a dark tale of English Noir set amidst the stormy English countryside, one teeming with horrific superstition.” —Suspense Magazine
“Waites is known for dark thrillers, a reputation he lives up to here. The brooding Killgannon will strike a chord with fans of Kate Atkinson’s Jackson Brodie.” —Booklist
“The tangled cast seeks refuge in a dark and menacing place in Waites’s gripping, gothic-tinged series debut.” —Kirkus Reviews
“A raw, deftly plotted thriller with a dark heart and a real emotional punch.” —Simon Kernick, author of The Hanged Man
“A chilling slice of country noir. Great stuff.” —Mick Herron, author of London Rules 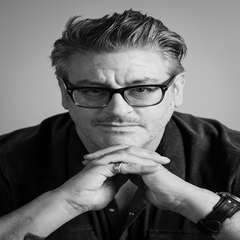 Martyn Waites was born in Newcastle upon Tyne. He trained at the Birmingham School of Speech and Drama and worked as an actor for many years before becoming a writer. His novels include the critically acclaimed Joe Donovan series, set in the northeast of England, and The White Room, which was a London Guardian book of the year. In 2013 he was chosen to write Angel of Death, the official sequel to Susan Hill’s Woman in Black, and in 2014 won the Grand Prix du Roman Noir for Born under Punches. He has been nominated for every major British crime-fiction award and has also enjoyed international commercial success with eight novels written under the name Tania Carver.