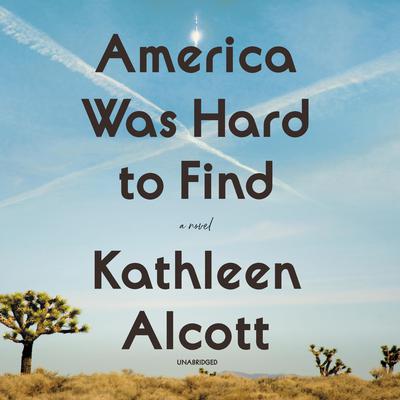 America Was Hard to Find: A Novel

Ecuador, 1969: An American expatriate, Fay Fern, sits in the corner of a restaurant, she and her young son Wright turned away from the television where Vincent Kahn becomes the first man to walk on the moon.

Years earlier, Fay and Vincent meet at a pilots’ bar in the Mojave Desert. Both seemed poised for reinvention—the married test pilot, Vincent, as an astronaut; the spurned child of privilege, Fay, as an activist. Their casual affair ends quickly, but its consequences linger.

Though their lives split, their senses of purpose deepen in tandem, each becoming heroes to different sides of the political spectrum of the 1960s and 70s: Vincent an icon with no plan beyond the mission for which he has single-mindedly trained, Fay a leader of a violent leftist group whose anti-Vietnam actions make her one of the FBI’s most wanted. With her last public appearance, a demonstration that frames the Apollo program as a vehicle for distracting the American public from its country’s atrocities, Fay leaves Wright to contend with her legacy, his own growing apathy, and the misdeeds of both his mother and his country.

An immense, vivid reimagining of the Cold War era, America Was Hard to Find traces the fallout of the cultural revolution that divided the country and explores the meaning of individual lives in times of upheaval. It also confirms Kathleen Alcott’s reputation as a fearless and vital voice in fiction.

“In her exquisite and poignant reimagining of historic events, Alcott dissects their impacts in a sweeping yet intimate saga that challenges assumptions and assesses the depths of human frustration.” —Booklist (starred review)
“This richly ruminative novel refracts thirty years of American culture and history through the lives of characters who serve as surrogates for their historical counterparts…A sharp and moving reminder of the human dimension of even the most outsize historical events.” —Publishers Weekly
“[Alcott’s] empathy for troubled souls, rendered in haunting, impressionistic prose, makes a powerful emotional impact, giving the novel a staying power…Impressively ambitious and extremely well-written.” —Kirkus Reviews
“Every sentence of this novel is charged with the electricity of an intellect sharp and awake.” —Valeria Luiselli, author of The Lost Children Archive

Kathleen Alcott is the author of the novel The Dangers of Proximal Alphabets, which was translated into several languages. Her fiction, criticism, and essays appear in such publications as the Los Angeles Review of Books, the Coffin Factory, The Rumpus, ZYZZYVA, and elsewhere. Born in Northern California, she currently resides in Brooklyn.