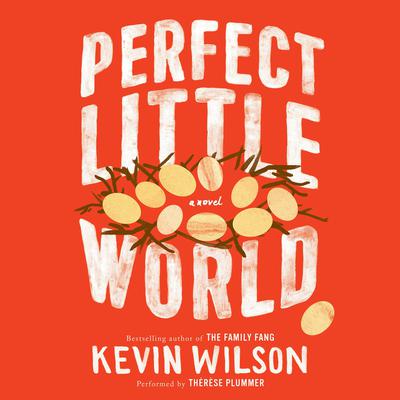 When Isabelle Poole meets Dr. Preston Grind, she's just about out of options. She recently graduated from high school and is pregnant with her art teacher's baby. Her mother is dead and her father is a drunk. The art teacher is too much of a head-case to help raise the child. Izzy knows she can be a good mother but without any money or prospects, she's left searching.

So when Dr. Grind offers her a space in The Infinite Family Project, she accepts. Housed in a spacious compound in Tennessee, she joins nine other couples, all with children the same age as her newborn son, to raise their children as one extended family. Grind's theory is that the more parental love a child receives, the better off they are.

This attempt at a utopian ideal-funded by an eccentric billionaire-starts off promising: Izzy enjoys the kids, reading to them and teaching them to cook. She even forms a bond with her son more meaningful than she ever expected. But soon the gentle equilibrium among the families is upset and it all starts to disintegrate: unspoken resentments between the couples begin to fester; the project's funding becomes tenuous; and Izzy's feelings for Dr. Grind, who is looking to expunge his own painful childhood, make her question her participation in this strange experiment in the first place.

Written with the same compassionate voice, disarming sense of humor, and quirky charm that made The Family Fang such a success, PERFECT LITTLE WORLD is a poignant look at how the best families are the ones we make for ourselves.

“Thérèse Plummer’s thoughtful narration ably explores this offbeat novel’s meditation on family…Plummer narrates Izzy’s thoughts with a musing, restrained tone…When occasional flashes of passion and anger reverberate, they’re all the more striking against the quiet backdrop Plummer creates. She voices a large cast of characters and deftly distinguishes each, with Izzy being especially delightful. Plummer’s intimate tone invites listeners to reflect on the poignant imperfections inherent in families of all kinds. Winner of the AudioFile Earphones Award.” —AudioFile
"Perfect Little World finds its bliss in the vast disconnect between people’s best intentions and where they land.” —Entertainment Weekly
“A good story, and even better storytelling.” —New York Times Book Review
“A refreshingly un-ironic attitude toward love.” —Knoxville News-Sentinel
“Family is far more than a biological bond; that’s not a groundbreaking idea. But Wilson has found a lovely new way of telling readers something they know by heart.” —Houston Chronicle
“Stellar…Realer and wiser and sadder and eventually reassuring about human nature than dozens of other novels.” —Booklist (starred review)
“A moving and sincere reflection on what it truly means to become a family.” —Kirkus Reviews (starred review)
“Sweet and thoroughly satisfying…Wilson…uses his intriguing premise to explore the meaning of family and the limits of rational decision making.” —Publishers Weekly
“[A] moving novel about love, parenting, and the families we create for ourselves.” —Library Journal 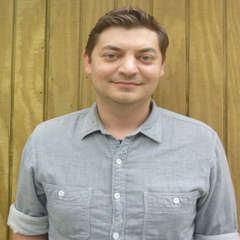