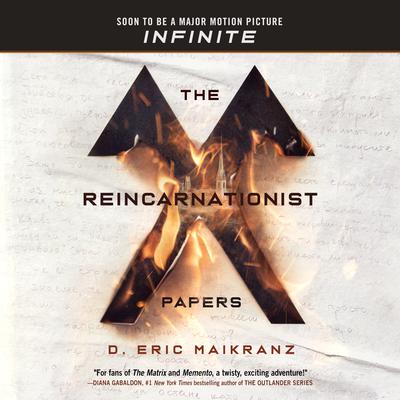 Longlisted for the Reading the West Book Award in Debut Fiction

Nominee for the Voice Arts Award for Best Thriller Voiceover

An Oprah Magazine Pick of Books Being Made into Movies

A Shondaland Pick of Best Books Becoming a Movie

An Electric Literature Pick of Books Coming to TV and Film

“For fans of The Matrix and Memento, a twisty, exciting adventure!”—Diana Gabaldon, #1 New York Times bestselling author of the Outlander series

The basis for the major motion picture Infinite

Discovered as three notebooks in an antique store in Rome at the turn of the millennium, The Reincarnationist Papers offers a tantalizing glimpse into the Cognomina, a secret society of people who possess total recall of their past lives.

Evan Michaels struggles with being different, with having the complete memories of two other people who lived sequentially before him. He fights loneliness and believes he is unique until he meets Poppy. She recognizes his struggle because she is like him, except that she is much older, remembering seven consecutive lives. But there is something else she must share with Evan—she is a member of the secretive Cognomina. They are, in effect, immortals—compiling experiences and skills over lifetimes into near superhuman abilities that they have used to drive history over centuries.

Poppy invites Evan into the Cognomina, but he must face their tests before entering this mysterious society as their equal.

“For fans of The Matrix and Memento, a twisty, exciting adventure!” —Diana Gabaldon, #1 New York Times bestselling author of the Outlander series
“The Reincarnationist Papers is a book sprung from an imaginative premise: the existence of a secret society, called Cognomina, whose members have the ability to remember everything from their past lives.” —O, The Oprah Magazine
“Maikranz’s spellbinding dark fantasy debut offers a fresh take on the concept of reincarnation…Presented as a true account of the Cognomina society unearthed from an antique store in Rome, this nail-biting mystery builds slowly, with Evan’s search to understand his identity propelling the plot forward before the action kicks into high gear in the final act. The high stakes and clever premise of Maikranz’s thrilling debut successfully evoke a sense of wide-eyed awe.” —Publishers Weekly
“D. Eric Maikranz has a gift for the suspenseful…I found the opinions on religion and spirituality from the perspective of immortals very compelling. The story itself was well told and the premise intriguing enough for me to hope for a sequel on the future lives of the members of the Cognomina.” —Book Junkie Reviews
“Multilayered and complex, The Reincarnationist Papers opens a door into a world that seems both plausible and fantastical. Maikranz succeeds at mixing philosophy and history with a highly suspenseful plot, resulting in a book that’s both thought-provoking and entertaining.” —Sarina Dahlan, author of Reset
“Maikranz’s debut presents an epic vision of history, ultimate double-crosses, and a vision of morality where death and loss are merely setbacks in the search for wealth, acclaim, and a life without regret. His thrilling and haunting novel questions the point of religion, morality, and friendship when one can live for many lifetimes. Already slated to be a motion picture, this is a fascinating and fast-paced story that will keep readers engaged until the very end.” —Library Journal (starred review) 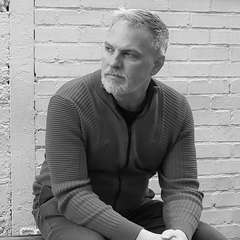 D. Eric Maikranz has had a multitude of lives in this lifetime. As a world traveler, he was a foreign correspondent while living in Rome, translated for relief doctors during a cholera epidemic, and was once forcibly expelled from the nation of Laos. He has worked as a tour guide, a radio host, a bouncer, and as a Silicon Valley software executive. The Reincarnationist Papers was his first novel, and was adapted into the Paramount Pictures film Infinite.