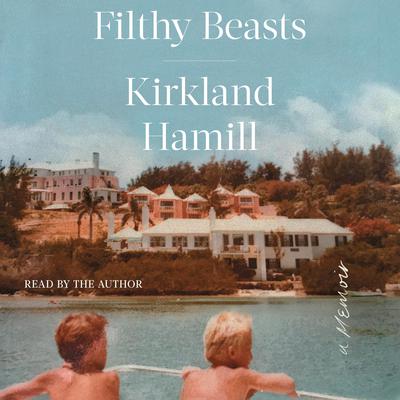 Running with Scissors meets Grey Gardens in this gripping, true riches-to-rags tale of a wealthy family who lost it all and the unforgettable journey of a man coming to terms with his family’s deep flaws and his own long-buried truths.

“Wake up, you filthy beasts!” Wendy Hamill would shout to her children in the mornings before school. Startled from their dreams, Kirk and his two brothers would wonder—would they find enough food in the house for breakfast?

Following a rancorous split from New York’s upper-class society, newly divorced Wendy Hamill and her three sons are exiled from the East Coast elite circle. Wendy’s middle son Kirk is eight when she moves the family back to her native Bermuda, leaving the three young boys to fend for themselves as she chases after the highs of her old life—alcohol, men, and other indulgences.

After eventually leaving his mother’s dysfunctional orbit for college in New Orleans, Kirk only then begins to realize how different his family and upbringing is from his friends and peers. Split between extreme privilege—early years living in luxury on his family’s private compound—and bare survival, rationing food and water during the height of his mother’s alcoholism, Kirk is used to keeping up appearances and burying his inconvenient truths from the world—until he’s eighteen and falls in love for the first time.

A fascinating window in the life of extreme privilege and a powerful story of self-acceptance, Filthy Beasts recounts Kirk’s unforgettable journey through luxury hotels and food banks, private enclaves and public shame as he confronts his family’s many imperfections, accepts his unconventional childhood, and finally comes to terms with his own hidden secrets.

“Kirkland Hamill’s memoir is brilliantly, sharply and unsettlingly new. Reading Filthy Beasts reminded me of inhaling Sedaris for the first time—that humor, that voice—only the work is tenderer and friendlier, an invitation not just to laugh and marvel but to truly understand.” —Beth Macy, New York Times bestselling author
“Reminds us how hard it is to let go of your family, especially your mother, no matter how they betray or disappoint us.” —Amy Sutherland, author of What Shamu Taught Me about Life, Love, and Marriage
“A complex and unflinching account of a family’s undoing told with style and a mordant humor that will keep you reading until the final page. I closed the book not in awe of Hamill’s talent (although I am), but rather of the mere fact that he survived.” —Steven Rowley, author of Lily and the Octopus

Kirkland Hamill has written for Salon and The Advocate, and was formerly the chief development and marketing officer at the National Center for Family Philanthropy. He lives in Baltimore, Maryland with his husband, Dave, and a dog named Blue.