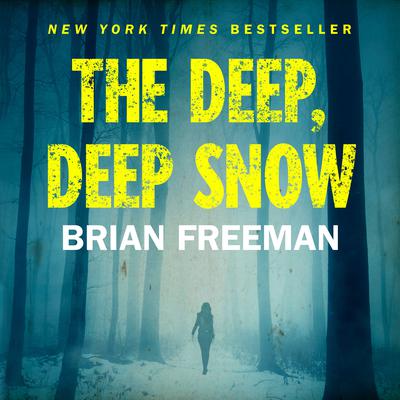 Winner of the Minnesota Book Award for Best Genre Fiction

Finalist for the 2021 Edgar Award for Best Paperback Original

In an intense, emotional mystery that spans a decade in the life of a small town, bestselling author Brian Freeman brings us an unforgettable heroine who discovers that the dead may sometimes be easier to rescue than the living.

Deputy Shelby Lake was abandoned as a baby, saved by a stranger who found her in the freezing cold. Now, years later, a young boy is missing—and Shelby is the one who must rescue a child.

The only evidence of what happened to ten-year-old Jeremiah Sloan is a bicycle left behind on a lonely road. After a desperate search fails to locate him, the close bonds of Shelby’s hometown begin to fray under the weight of accusations and suspicion. Everyone around her is keeping secrets. Her adoptive father, her best friend, her best friend’s young daughter—they all have something to hide. Even Shelby is concealing a mistake that could jeopardize her career and her future.

Unearthing the lies of the people in Jeremiah’s life doesn’t get the police and the FBI any closer to finding him. As time passes and the case grows cold, Shelby worries that the mystery will stay buried forever under the deep, deep snow. But even the deepest snow melts in the spring.

When a tantalizing clue finally comes to light, Shelby must confront the darkest lie of all. Exposing the truth about Jeremiah will leave no one’s life untouched—including her own.

“Brian Freeman is, quite simply, a first-rate storyteller.” —Nelson DeMille
“Some of the most literate and stylish writing you’ll find anywhere today.” —Jeffery Deaver
“This guy can tell a story.” —Michael Connelly
“With a cast full of characters, each with their own troubled pasts, the story comes full circle, unraveling not only the mystery Shelby sought to solve, but even some she never expected to find answers for. A quick and absorbing story, highly recommended.” —Midwest Book Review
“The Deep, Deep Snow is one to share with friends, to recommend for book clubs, or to stash away for a second reading down the road. It’s just that good.” —Star Tribune
“[An] enthralling stand-alone…Freeman brings all the characters to life, highlighting their strengths as well as the darkness that lies within each of them, thus adding a delicious sense of uncertainty as to their motives. Readers will have a tough time putting this one down.” —Publishers Weekly (starred review)
“From the author of the Jonathan Stride mystery series comes a crisply written story about a small-town sheriff’s deputy whose investigation of a missing-person case exposes lies and secrets about people she thought she knew. Shelby Lake, the star of the show, is a terrific character…Freeman takes a bit of a risk by having the story play out over several years (there is a significant time jump roughly midway through the book), but it pays off, the time span adding to the dramatic weight of the mystery and of Shelby’s own story.” —Booklist 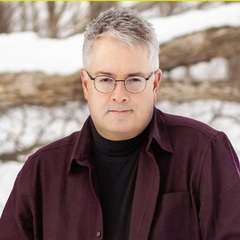 Brian Freeman is a New York Times bestselling author of more than twenty psychological thrillers, including the Jonathan Stride series and several popular stand-alone novels. He is a two-time finalist for the Edgar Award, and his novel Spilled Blood won the ITW Thriller Award for Best Hardcover Novel. His books have been sold in forty-six countries and twenty-three languages. Visit his website at BFreemanBooks.com.