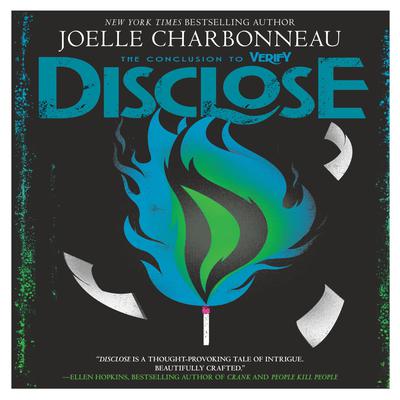 Meri Buckley has lost everything. She lost her mother to a fight much bigger than herself. Her father to grief, fear, and denial. And the truth—to an overbearing government that insists that censorship and secrecy is the only path to peace.

But though Meri and her band of truth-seeking Stewards did lose the first battle in their quest to enlighten the public, they have not yet lost the war.

Meri can start the revolution she seeks, if the powerful figures who profit from the status quo don’t find her—and kill her first.

Joelle Charbonneau began telling stories as an opera singer, but these days she finds her voice through writing. She is author of the New York Times best-selling Testing trilogy as well as the Rebecca Robbins mysteries, and the Glee Club mysteries. Her books have been nominated for the Agatha and Anthony Awards and the YALSA Top Ten books for 2014. She lives near Chicago with her husband and son.