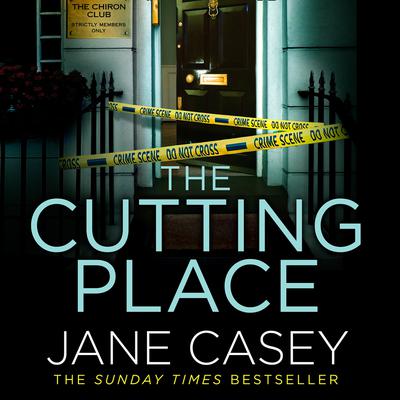 Everyone’s heard the rumors about elite gentlemen’s clubs, where the champagne flows freely, the parties are the height of decadence—and the secrets are darker than you could possibly imagine.

Detective Maeve Kerrigan finds herself in an unfamiliar world of wealth, luxury, and ruthless behavior when she investigates the murder of a young journalist, Paige Hargreaves. Paige was working on a story about the Chiron Club, a private society for the richest and most privileged men in London. Then she disappeared.

It’s clear to Maeve that the members have many secrets. But Maeve is hiding secrets of her own–even from her partner DI Josh Derwent. Will she uncover the truth about Paige’s death? Or will time run out for Maeve first?

‘Tightly written, this is a chilling and inventive read.’ —Women’s Weekly

Jane Casey is the author of the Maeve Kerrigan mystery series, the Jess Tennant mysteries, and several novels. She was born and raised in Dublin. She studied English at Jesus College, Oxford, followed by an mPhil in Anglo-Irish literature at Trinity College, Dublin. She lives in London, where she works as an editor.