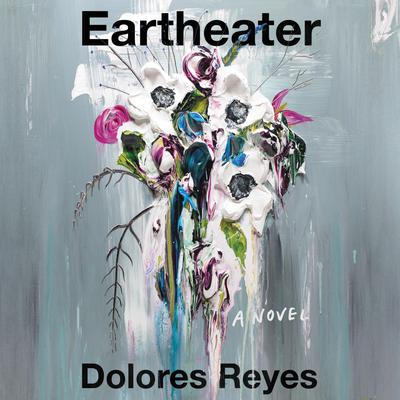 A Time Magazine Pick of Best Books of Fall

A Boston Globe Pick of Best Books of Fall

A Cosmopolitan Pick of Fall's Must-Reads

A Wired Magazine Pick for Fall

NAMED A "FALL 2020 MUST-READ" AND ONE OF THE "BEST BOOKS OF FALL 2020" BY TIME, VULTURE, THE BOSTON GLOBE, WIRED, COSMOPOLITAN AND MORE

Electrifying and provocative, visceral and profound, a powerful literary debut novel about a young woman whose compulsion to eat earth gives her visions of murdered and missing people—an imaginative synthesis of mystery and magical realism that explores the dark tragedies of ordinary lives. Set in an unnamed slum in contemporary Argentina, Eartheater is the story of a young woman who finds herself drawn to eating the earth—a compulsion that gives her visions of broken and lost lives. With her first taste of dirt, she learns the horrifying truth of her mother’s death. Disturbed by what she witnesses, the woman keeps her visions to herself. But when Eartheater begins an unlikely relationship with a withdrawn police officer, word of her ability begins to spread, and soon desperate members of her community beg for her help, anxious to uncover the truth about their own loved ones.

Surreal and haunting, spare yet complex, Eartheater is a dark, emotionally resonant tale told from a feminist perspective that brilliantly explores the stories of those left behind—the women enduring the pain of uncertainty, whose lives have been shaped by violence and loss.

“A powerful story whose narrator wields brutally honest observations on the intersections of class, poverty, and gender. Reyes’ debut is a strong addition to the growing body of Latin American crime fiction in the U.S. market.” —Booklist (starred review)
“Reyes succeeds in making the feisty Eartheater and her visions both persuasive and affecting.” —Library Journal (starred review)
“Narrator Frankie Corzo brings her velvety voice to this Argentinian story featuring a character who has visions of violence that has taken place against women.” —AudioFile
“One of the most outstanding Latin American short novels of the year.” —New York Times

Dolores Reyes was born in Buenos Aires in 1978. She is a teacher, feminist, activist, and the mother of seven children. She studied classical literature at the University of Buenos Aires. Eartheater is her first novel.