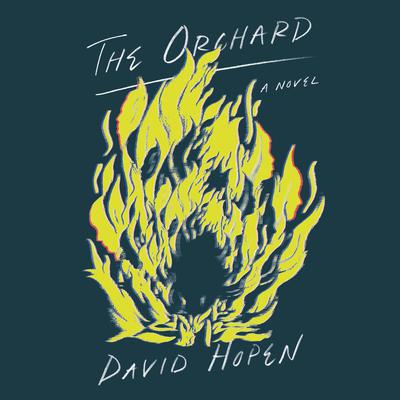 The Orchard: A Novel

An Amazon Editor’s Top Pick of the Year

Ari Eden’s life has always been governed by strict rules. In ultra-Orthodox Brooklyn, his days are dedicated to intense study and religious rituals, and adolescence feels profoundly lonely. So when his family announces that they are moving to a glitzy Miami suburb, Ari seizes his unexpected chance for reinvention.

Enrolling in an opulent Jewish academy, Ari is stunned by his peers’ dizzying wealth, ambition, and shameless pursuit of life’s pleasures. When the academy’s golden boy, Noah, takes Ari under his wing, Ari finds himself entangled in the school’s most exclusive and wayward group. These friends are magnetic and defiant—especially Evan, the brooding genius of the bunch, still living in the shadow of his mother’s death.

Influenced by their charismatic rabbi, the group begins testing their religion in unconventional ways. Soon Ari and his friends are pushing moral boundaries and careening toward a perilous future—one in which the traditions of their faith are repurposed to mysterious, tragic ends.

Mesmerizing and playful, heartrending and darkly romantic, The Orchard probes the conflicting forces that determine who we become: the heady relationships of youth, the allure of greatness, the doctrines we inherit, and our concealed desires.

“Thoughtfully explores cultural particularity while telling a story with universal resonances. A captivating Jewish twist on the classic American campus novel.” —Kirkus Reviews (starred review)
“Powerful and stirring, like a 2020 Jewish version of The Catcher in the Rye." —Good Morning America
“Narrator Mickey Shiloah…makes these high school seniors incredibly believable and their story emotionally wrenching.” —AudioFile
“Joins the urgency of a thriller with the devastating consequence of a spiritual crisis for its hero, who is no less imperiled by his religion than by the threat of its loss.” —Susan Choi, National Book Award–winning author

David Hopen is a student at Yale Law School. Raised in Hollywood, Florida, he earned his master’s from the University of Oxford and graduated from Yale College. The Orchard is his debut novel.