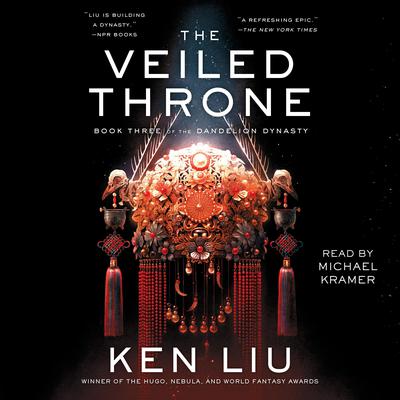 With the invasion of Dara complete, and the Wall of Storms breached, the world has opened to new possibilities for the gods and peoples of both empires as the sweeping saga of the award-winning Dandelion Dynasty continues in this third book of the “magnificent fantasy epic” (NPR).

Princess Théra, once known as Empress Üna of Dara, entrusted the throne to her younger brother in order to journey to Ukyu-Gondé to war with the Lyucu. She has crossed the fabled Wall of Storms with a fleet of advanced warships and ten thousand people. Beset by adversity, Théra and her most trusted companions attempt to overcome every challenge by doing the most interesting thing. But is not letting the past dictate the present always possible or even desirable?

In Dara, the Lyucu leadership as well as the surviving Dandelion Court bristle with rivalries as currents of power surge and ebb and perspectives spin and shift. Here, parents and children, teachers and students, Empress and Pékyu, all nurture the seeds of plans that will take years to bloom. Will tradition yield to new justifications for power?

Everywhere, the spirit of innovation dances like dandelion seeds on the wind, and the commoners, the forgotten, the ignored begin to engineer new solutions for a new age.

Ken Liu returns to the series that draws from a tradition of the great epics of our history from the Aeneid to the Romance on the Three Kingdoms and builds a new tale unsurpassed in its scope and ambition.

Ken Liu is one of the most lauded authors in the field of American literature. A winner of the Nebula, Hugo, World Fantasy, Locus Sidewise, and Science Fiction & Fantasy Translation Awards, he has also been nominated for the Sturgeon and Locus Awards. His short story, “The Paper Menagerie,” is the first work of fiction to simultaneously win the Nebula, Hugo, and World Fantasy Awards. He also translated the 2015 Hugo Award–winning novel The Three-Body Problem, written by Cixin Liu, which is the first novel to ever win the Hugo award in translation. The Grace of Kings, his debut novel, is the first volume in a silkpunk epic fantasy series set in a universe he and his wife, artist Lisa Tang Liu, created together. It was a finalist for a Nebula Award and the recipient of the Locus Award for Best First Novel.