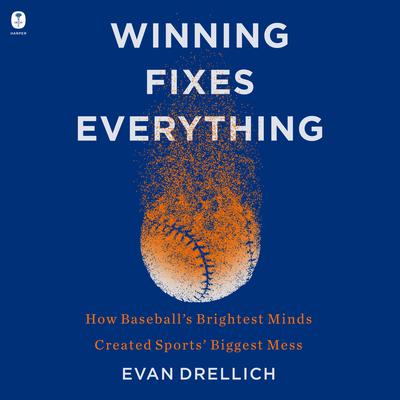 The reporter who broke the Houston Astros' cheating scandal reveals how a baseball team could so dramatically descend into corruption, with never-before-told details of a broken management culture, the once-revered leaders who enabled it and the scandal itself.

Baseball, that old romantic game, has been defaced and consumed by corporate America. As Moneyball-thinking and Ivy League graduates grabbed hold of the sport, the Astros set out to build a cost-efficient winning machine on the principles of the outside business world, squeezing every dollar out of every transaction, player and employee.

In less than a decade, ex-Astros general manager Jeff Luhnow helped revolutionize the game. He created an environment that led to one of the worst cheating scandals in baseball history, a Shakespearean tragedy of innovation and failed change management. Through years of extensive interviews, former Houston Chronicle beat writer Evan Drellich, now a national writer for The Athletic, delivers the definitive account of baseball’s most controversial franchise and how a modern baseball team truly works—without the usual myth-spinning.

Drellich reveals the rise and fall of the Astros to be a collision of subcultures. The team’s top boss was a former McKinsey consultant who lived on the bleeding edge with no guardrails. He hired outsider after outsider to change the organization as quickly and cheaply as possible. The wins piled up, and so did the cash for the billionaire owner with a checkered business past. But not even a World Series title could cover up the rot.

All of it came at a cost to fans, employees, and the sport on a whole. But as Winning Fixes Everything makes clear, “The Astros Way” isn’t going anywhere. Drellich uses the saga of the Astros’ scandal to detail the evolution of baseball itself.

Evan Drellich is a long-time baseball reporter working for The Athletic. He has written for the Boston Herald, the Houston Chronicle, MassLive.com, and MLB.com and has worked for NBC Sports Boston and WEEI.