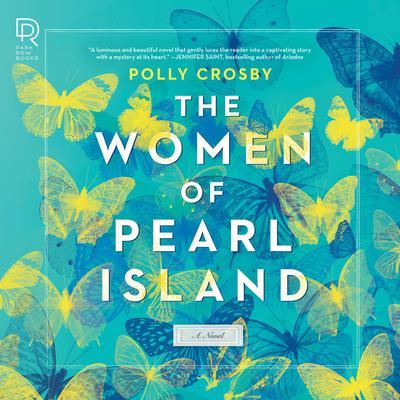 The Women of Pearl Island

With the same atmosphere and imagination of The Book of Hidden Wonders, Polly Crosby’s new novel, The Women of Pearl Island is set on a lush, secluded island where family secrets bring together an unlikely friendship.

On a secluded island off the British coast, an elderly woman named Marianne collects butterflies and memories from her past. No longer able to catch butterflies herself, she enlists the help of a young woman named Tartelin who has peculiar birthmark on her cheek. Tartelin’s mother has recently passed, leaving her unmoored and eager for new beginnings on the island.

Marianne has spent most of her life on the island, her family having owned it for generations. She begins to tell her young assistant her family’s story—from the prosperous days when they harvested pearls and held banquets, to the harder times and her father’s desperate money-making schemes. But during WWII, the British government commandeered the island for nuclear testing and they were all forced to leave. Though, secret to everyone, Marianne stayed behind and experienced something she calls “the blast,” an event that changed everything for her. Now, the older woman is obsessed with tracking the changes in butterflies and other creatures on the island to prove what she witnessed so many decades before.

With a mystery spanning decades, this is an emotional and atmospheric story of a young woman coming into her own as she forges an unlikely friendship with her employer, both women grieving their pasts and together, embracing a new future.

“A story of visceral beauty. Crosby writes with all the intricate and entrancing artistry of a butterfly’s wings.” —A. J. Gnuse, author of Girl in the Walls
“A luminous and beautiful novel that gently lures the reader into a captivating story with a mystery at its heart.” —Jennifer Saint, author of Ariadne

Polly Crosby grew up on the Suffolk coast and now lives in the heart of Norfolk. Last year, The Book of Hidden Wonders was awarded runner-up for the Bridport Prize’s Peggy Chapman-Andrews Award for a First Novel, and Polly also won the Curtis Brown Creative’s Yesterday Scholarship, which enabled her to finish the novel. She received the Annabel Abbs Scholarship at the University of East Anglia and is currently working on her second novel.