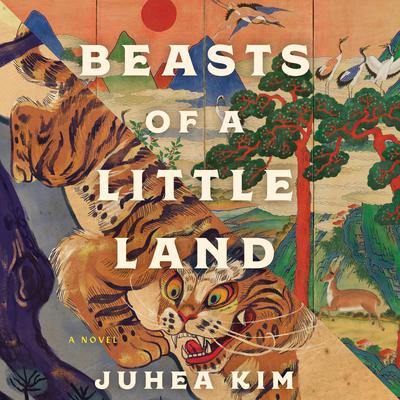 Beasts of a Little Land: A Novel

A BuzzFeed Books Pick of Must-Reads

A BookRiot Pick of Recommended Novels

"A spectacular debut filled with great characters and heart.” —Lisa See, author of Snow Flower and the Secret Fan

An epic story of love, war, and redemption set against the backdrop of the Korean independence movement, following the intertwined fates of a young girl sold to a courtesan school and the penniless son of a hunter

In 1917, deep in the snowy mountains of occupied Korea, an impoverished local hunter on the brink of starvation saves a young Japanese officer from an attacking tiger. In an instant, their fates are connected—and from this encounter unfolds a saga that spans half a century.

In the aftermath, a young girl named Jade is sold by her family to Miss Silver’s courtesan school, an act of desperation that will cement her place in the lowest social status. When she befriends an orphan boy named JungHo, who scrapes together a living begging on the streets of Seoul, they form a deep friendship. As they come of age, JungHo is swept up in the revolutionary fight for independence, and Jade becomes a sought-after performer with a new romantic prospect of noble birth. Soon Jade must decide whether she will risk everything for the one who would do the same for her.

From the perfumed chambers of a courtesan school in Pyongyang to the glamorous cafes of a modernizing Seoul and the boreal forests of Manchuria, where battles rage, Juhea Kim’s unforgettable characters forge their own destinies as they wager their nation’s. Immersive and elegant, Beasts of a Little Land unveils a world where friends become enemies, enemies become saviors, heroes are persecuted, and beasts take many shapes.

“A spectacular debut filled with great characters and heart.” —Lisa See, #1 New York Times bestselling author
"[An] epic historical tale." —USA Today
"Jade is a courtesan…JungHo is a beggar on the streets of Seoul. Together, they are the compelling protagonists of an exciting debut that takes us through a vast arc of twentieth-century Korean history, lending an achingly human lens to sweeping historic events that still reverberate today." —Globe and Mail (Toronto)
“Gorgeous prose and unforgettable characters combine to make a literary masterpiece.” —Kirkus Reviews (starred review)