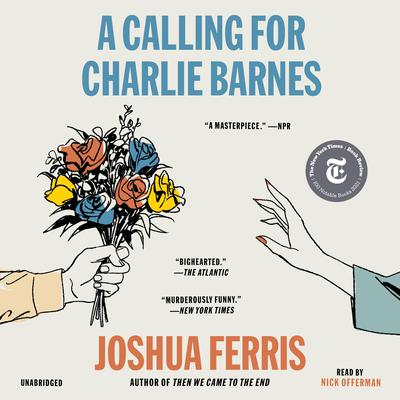 A Calling for Charlie Barnes

From a National Book Award Finalist comes a novel about a modern American family and a man on a secret mission to uncover the world's hidden truths—until his two lives come crashing together.

Someone is telling the story of the life of Charlie Barnes, and it doesn't appear to be going well. Too often divorced, discontent with life's compromises and in a house he hates, this lifelong schemer and eternal romantic would like out of his present circumstances and into the American dream. But when the twin calamities of the Great Recession and a cancer scare come along to compound his troubles, his dreams dwindle further, and an infinite past full of forking paths quickly tapers to a black dot.

Then, against all odds, something goes right for a change: Charlie is granted a second act. With help from his storyteller son, he surveys the facts of his life and finds his true calling where he least expects it—in a sacrifice that redounds with selflessness and love—at last becoming the man his son always knew he could be.

A Calling for Charlie Barnes is a profound and tender portrait of a man whose desperate need to be loved is his downfall, and a brutally funny account of how that love is ultimately earned.

“Utterly compelling…Ferris brilliantly channels the suburban angst of Yates and Cheever for the new millennium.” —Booklist
“Arresting, ground-shifting, beautiful and tragic. This is the book a new generation of writers will answer to. No one in America writes like this.” —Gary Shteyngart, New York Times bestselling author
“A moving portrait of father and son to rival the best of Roth.” —Teddy Wayne, National Endowment for the Arts fellow

Joshua Ferris is the bestselling author of several novels, including Then We Came to the End, The Unnamed, and To Rise Again at a Decent Hour. He has been a finalist for the National Book Award, winner of the Barnes and Noble Discover Award and the PEN/Hemingway Award, short-listed for the Man Booker Prize, and winner of the International Dylan Thomas Prize, and he was named one of the New Yorker‘s “20 Under 40” writers in 2010.r He received a BA in English and philosophy from the University of Iowa and an MFA from the University of California, Irvine. His fiction has appeared in the Iowa Review, Best New American Voices 2005, and Prairie Schooner.