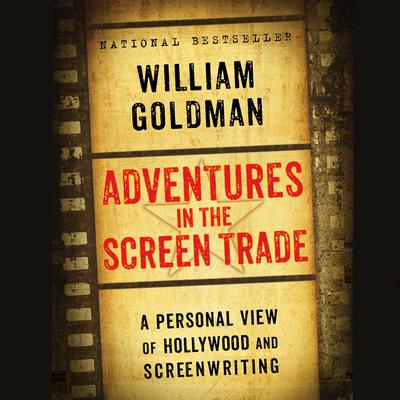 Adventures in the Screen Trade: A Personal View of Hollywood and the Screenwriting

Now available as an ebook for the first time! No one knows the writer's Hollywood more intimately than William Goldman. Two-time Academy Award-winning screenwriter and the bestselling author of Marathon Man, Tinsel, Boys and Girls Together, and other novels, Goldman now takes you into Hollywood's inner sanctums...on and behind the scenes for Butch Cassidy and the Sundance Kid, All the President's Men, and other films...into the plush offices of Hollywood producers...into the working lives of acting greats such as Redford, Olivier, Newman, and Hoffman...and into his own professional experiences and creative thought processes in the crafting of screenplays. You get a firsthand look at why and how films get made and what elements make a good screenplay. Says columnist Liz Smith, "You'll be fascinated.

“[This] is that big, sad, funny, incisive, revelatory, gossipy, perception-forming book about Hollywood that publishers have been promoting for years — and now the real thing is finally here." —St. Louis Post-Dispatch

William Goldman is an Academy Award–winning author of screenplays, plays, memoirs, and novels. His first novel, The Temple of Gold (1957), was followed by the script for the Broadway army comedy Blood, Sweat and Stanley Poole (1961). He went on to write the screenplays for many acclaimed films, including Butch Cassidy and the Sundance Kid (1969) and All the President’s Men (1976), for which he won two Academy Awards. He adapted his own novels for the hit movies Marathon Man (1976) and The Princess Bride (1987).