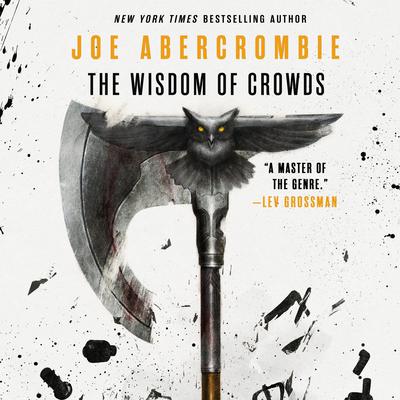 The Wisdom of Crowds

The Age of Madness Series: Book 3

From the New York Times bestselling author of A Little Hatred comes a stunning fantasy novel that finds the world in an unstoppable revolution where heroes have nothing left to lose as darkness and destruction overtake everything.

Some say that to change the world you must first burn it down. Now that belief will be tested in the crucible of revolution: the Breakers and Burners have seized the levers of power, the smoke of riots has replaced the smog of industry, and all must submit to the wisdom of crowds.

With nothing left to lose, Citizen Brock is determined to become a new hero for the new age, while Citizeness Savine must turn her talents from profit to survival before she can claw her way to redemption. Orso will find that when the world is turned upside down, no one is lower than a monarch. And in the bloody North, Rikke and her fragile Protectorate are running out of allies . . . while Black Calder gathers his forces and plots his vengeance.

The banks have fallen, the sun of the Union has been torn down, and in the darkness behind the scenes, the threads of the Weaver's ruthless plan are slowly being drawn together . . .

"A master of his craft." —Forbes

"No one writes with the seismic scope or primal intensity of Joe Abercrombie." —Pierce Brown

For more from Joe Abercrombie, check out:

Joe Abercrombie is the author of Red Country and the First Law trilogy: The Blade Itself, Before They Are Hanged, and Last Argument of Kings. He is a full-time writer and freelance film editor.