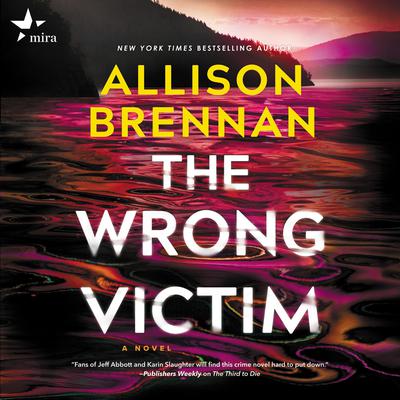 The Wrong Victim: A Novel

In this latest Quinn & Costa suspense from the New York Times and USA Today bestselling author, nine people board a charter sightseeing boat to take a tour of the San Juan Islands; twenty minutes later, the boat explodes. Now it’s up to the FBI Mobile Response Team to find out who committed this targeted act of domestic terrorism and why, before they strike again.

Nine people board a charter boat for a sightseeing tour around the San Juan Islands … twenty minutes later, the boat explodes.

Retired FBI Agent Neil Devereaux, the captain of the charter, realizes too late that something is wrong. Deckhand Kyle Richards jumps on board at the last minute when his best friend Cal McKinnon, calls in sick. The four owners of Nava Software, an up-and-coming computer company out of Seattle, are on a retreat … after they refused to sell the company to a corporate giant aimed at squashing the competition. Pierce Jeffries, a super-wealthy self-made businessman in his sixties, is married to a trophy wife twenty-five years his junior … why did his wife Madelyn exit the boat only minutes before it left dock? Did she plan the explosion to kill her older husband … or was it one of his children who wanted both of them dead to protect their inheritance from Madelyn’s unborn child? Vince & Tina Marshall, newlyweds are both on their second marriage, and both have something to hide.

Was one of the dead the target? Or was it one of the two people who were originally supposed to be on the boat, but weren’t? Or was West End Charter Company itself the target by a radical eco-terrorist group that has sabotaged businesses in the past?

It’s up to FBI Special Agent in Charge Matt Costa and his Mobile Response Team to find out who committed the largest act of mass murder in San Juan Islands history—and stop them in time from killing again.

“This is classic crime fiction at its best…from the queen of the thriller.” —J.T. Ellison, New York Times bestselling author, on The Third to Die

Allison Brennan is the USA Today bestselling author of over thirty novels, including the Lucy Kincaid and Max Revere series and eight other series. She was nominated for Best Paperback Original Thriller by the International Thriller Writers and is a two-time winner of the Daphne du Maurier Award.