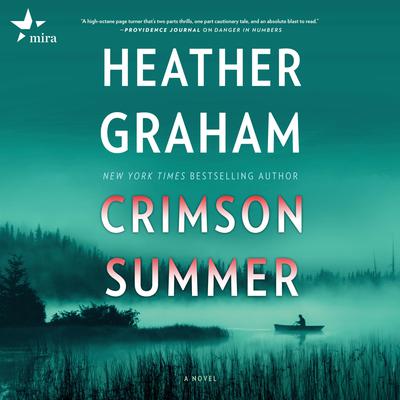 They’re not going down without a fight.

When Special Agent Amy Larson of the Florida Department of Law Enforcement discovers a small horse figurine amid the bloody aftermath of a gang massacre in the Everglades, she recognizes it immediately. The toy is the calling card of the apocalypse cult that Amy and her partner, FBI special agent Hunter Forrest, have been investigating, and it can only mean one thing: this wasn’t an isolated skirmish—it was the beginning of a war.

As tensions between rival gangs rise, so does the body count, and Amy and Hunter’s investigation leads them to a violent, far-right extremist group who are in no hurry to quell the civil unrest.

With a deadly puppet master working to silence their every lead, it’s a race against the clock to figure out who’s been pulling the strings and put a stop to the escalating cartel turf war before the Everglades run red.

Heather Graham, New York Times and USA Today bestselling author, has written over two hundred novels and novellas in numerous genres and has been published in approximately twenty-five languages. She has been honored with awards from booksellers and writers’ organizations for excellence in her work, is a proud recipient of the Silver Bullet from Thriller Writers, and was awarded the prestigious Thriller Master in 2016. She is also a recipient of the Lifetime Achievement Award from the Romance Writers of America. Heather’s books have been featured in such publications as The Nation, Redbook, Mystery Book Club, People, and USA Today and appeared on many newscasts including Today, Entertainment Tonight, and local television. Married since high school graduation and the mother of five, her greatest love in life remains her family, but she is grateful every day to be doing something that she loves so very much for a living.