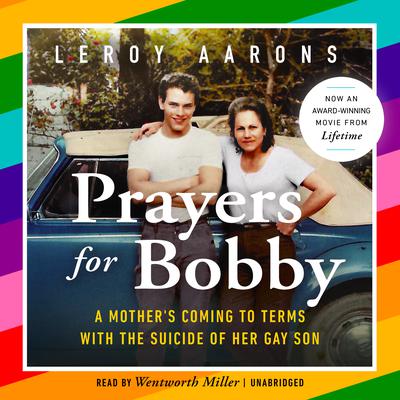 Prayers for Bobby: A Mother's Coming to Terms with the Suicide of Her Gay Son

Bobby Griffith was an all-American boy … and he was gay. Faced with an irresolvable conflict—for both his family and his religion taught him that being gay was “wrong”—Bobby chose to take his own life.

Prayers for Bobby, nominated for a 1996 Lambda Literary Award, is the story of the emotional journey that led Bobby to this tragic conclusion. But it is also the story of Bobby’s mother, a fearful churchgoer who first prayed that her son would be “healed,” then anguished over his suicide, and ultimately transformed herself into a national crusader for gay and lesbian youth.

As told through Bobby’s poignant journal entries and his mother’s reminiscences, Prayers for Bobby is at once a moving personal story, a true profile in courage, and a call to arms to parents everywhere.

“The value of the Griffith story…is undeniable. [It] should be required reading for every parent, every school teacher, and anyone who has ever doubted that words can kill.” —Washington Post
“Aarons has performed a major public service, as has the entire Griffith family—especially Bobby, whose death will surely save many others.” —Los Angeles Times

Leroy Aarons (1933–2004) was an award-winning journalist and playwright, a national correspondent for the Washington Post, and executive editor of the Oakland Tribune. Aarons founded and was past president of the National Lesbian and Gay Journalists Association.