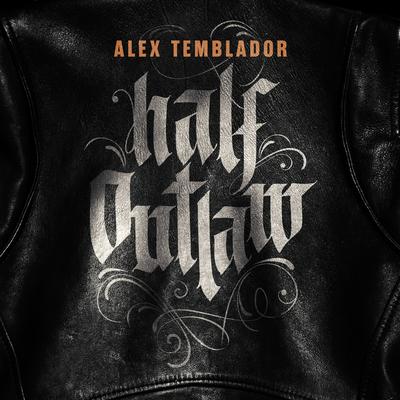 An io9/Gizmodo of New Books of the Month

A Ms. Magazine Pick of the Month's Best Reads for the Rest of Us

A Latinx In Publishing Pick of Texas Books

A Shepherd.com Pick in Magical Realism

A CrimeReads Pick of This Summer's New Books

A NetGalley Pick for Book Clubs

Looking for the missing half of herself, a woman goes on one last ride with the motorcycle club that raised her, and gets more than she bargained for.

After the tragic death of her parents when she was just four years old, Raqi is sent to live with her uncle Dodge in Escondido, California. Taking after her Mexican father, Raqi immediately faces hostility from the members of Dodge’s all-white, 1 percenter motorcycle club, the Lawless, and from her uncle himself. Being raised by a drug addict is no picnic, and Raqi must quickly learn how to survive. She manages to form a few friendships. Still, as soon as she can, she leaves the violence and bigotry behind and doesn’t look back.

Years later, Raqi is a successful partner at a law firm in Los Angeles. She gets a call from Billy, the leader of the Lawless. Dodge is dead, and Billy wants her to go on the Grieving Ride, a special ride taken for all deceased members, and one that strictly follows the deceased’s wishes. There is no way Raqi would ever attend, except for one thing: Billy promises to give her the address of her grandfather if she goes on the ride. It’s the address of her father’s father, her Mexican grandfather. Learning for the first time that she has other family and desperate to connect, she agrees. But this will be no ordinary Grieving Ride. Raqi is reacquainted with her old bike and with the various club members. During the cross-country trek, she will learn more about her uncle, and about herself, than she ever imagined possible.

Alternating between Raqi’s childhood and a present 90s setting, and accented by moments of magical realism, Half Outlaw is the story of one woman’s quest to find a better future while still wrestling with a tumultuous past. In her first adult novel, Alex Temblador gives readers an immersive look into a dangerous subculture at the end of an era, and a powerful and heartfelt story that explores self-knowledge, acceptance, and the meaning of family.

“Half Outlaw delves into a subculture few outsiders understand. Alex Temblador’s first adult novel speaks to the multilayered influences that construct an identity. Ride along on the sometimes brutal but often tender life journey of a young woman who learns she’s not half anything and the sum is greater than its parts.” —Ana Castillo, award-winning author of The Guardians and My Book of the Dead
“A beautifully complicated story about family, identity, and riding badass bikes, that will tear you apart and build you back together in all the best ways.” —Van Hoang, author of Girl Giant and the Monkey King and Girl Giant and the Jade War
“This is an outstanding adult debut.” —Ms. Magazine
“I truly enjoyed and valued my time spent with the host of vivid and lovably imperfect characters in Half Outlaw. With tender rigor, Temblador takes on the complexities of both chosen and inherited family and culture, while also taking us on a thrilling heroine’s journey. I hope this isn’t the last we’ll see of Raqi and the Lawless family.” —Tarfia Faizullah, author of Seam and Registers of Illuminated Villages
“Beneath the adrenaline and adventure pulsates a touching and nuanced story with a tender heart.” —Rudy Ruiz, author of The Resurrection of Fulgencio Ramirez and Valley of Shadows
“Alex Temblador paves a tumultuous and ultimately redeeming road trip in Half Outlaw. Diverse voices tell diverse stories, and this is likely one we haven’t encountered before, narrated by a badass, Latina motorcyclist/lawyer who refuses to be shaped by her worst traumas even as she seeks the truth about the people who raised her and desperately clings to hope that she can mend the fracture at the heart of her identity. Temblador offers a powerful limpia, a cleansing, a fierce lovesong and reclamation for girls who’ve been untended, unloved, or abandoned. With a little bit of magic and a whole lot of forgiveness, Half Outlaw triumphs.” —Jennifer Givhan, author of Trinity Sight, Jubilee, and River Woman, River Demon 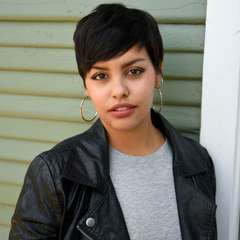 Alex Temblador is a Mixed Latinx award-winning author whose debut novel, Secrets of the Casa Rosada, received numerous industry accolades including Kirkus Reviews’ Best of YA Books 2018 and the 2019 NACCS Tejas Foco Young Adult Fiction Award. She is a contributor to Living Beyond Borders: Growing Up Mexican in America and Speculative Fiction for Dreamers: A Latinx Anthology, and a travel, arts, and culture writer with pieces appearing in Conde Nast Traveler, Travel + Leisure, and Architectural Digest, among many other publications. She lives near Dallas, Texas. Visit her website at AlexTemblador.com.