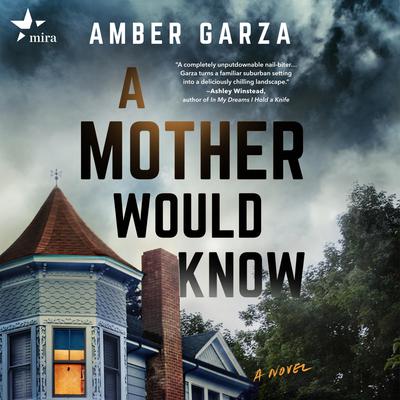 A Mother Would Know

A woman questions everything she knows about her son when a local woman is found dead.

Valerie has been forgetting things. Her daughter worries about her being on her own in her big Victorian house—one rumored to be haunted after a tragedy decades earlier—and truth be told, she is a little lonely. With few options, she asks her adult son to move home, but it’s not quite the reunion she hoped for. Hudson is taciturn, moody, and frequently gone.

The neighbors already hold a grudge against Hudson, and they aren’t happy about his return. When a young woman is found murdered a block away, suspicion falls on him immediately, without a shred of evidence. While Valerie fights to defend her son, she begins to wonder who she really invited into her home.

It’s a horrible thing for a mother to even think…but is it possible she’s enabled a monster? A monster she is living with, alone?

“First-rate domestic suspense.” —Ashley Winstead, author of In My Dreams I Hold A Knife