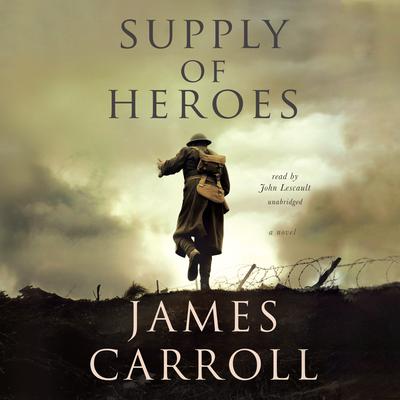 Supply of Heroes: A Novel

At the height of World War I, Douglas Terrell, an Anglo-Irish aristocrat, leaves Ireland and his family to fight in the English Army against the Germans. Pamela, his beautiful English wife, driven by her own fierce loyalty, defies her people as well as the Crown itself while Jane, his sister, meets a revolutionary who is determined to fight for Irish independence—even if it means siding with the Germans against the English.

The knotted alliances and conflicting loyalties of this Anglo-Irish family meet their ultimate test during the Easter Rebellion of 1916 and demonstrate how trying to act honorably can be fraught with heartbreak and disappointment—yet offers the only way to live.

James Carroll is the author of twelve novels, most recently The Cloister, and nine works of nonfiction. For twenty-three years he published a weekly op-ed column in the Boston Globe. Other books include the National Book Award–winning An American Requiem; the New York Times bestselling Constantine’s Sword, winner of the National Jewish Book Award; House of War, winner of the PEN/Galbraith Award; and Jerusalem, Jerusalem. Carroll is a fellow of the American Academy of Arts & Sciences and an associate of the Mahindras Humanities Center at Harvard University. He lives in Boston with his wife, the writer Alexandra Marshall. Visit him at www.JamesCarroll.net.