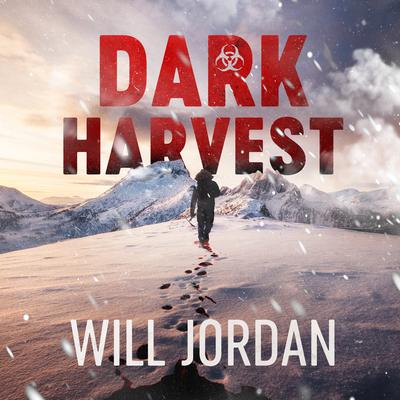 By Will Jordan
Read by Bradford Hastings

For fans of World War Z, a chilling mystery, an ancient threat, and a race against time to save humanity—inspired by the true events of the Dyatlov Pass incident

Russia, 1959. Nine members of a Soviet mountaineering team on an ambitious expedition into the Ural Mountains are found dead, victims of massive and bizarre injuries. The Dyatlov Pass incident, as this grisly event came to be known, remains unexplained to this day.

Iraq, 2019. Ex-soldier-turned-mercenary Cameron Becker is escorting a Russian businessman named Luka Belikov through Baghdad. It seems like a routine job, until Belikov is abducted on Becker’s watch. After forming an uneasy alliance with WHO medic Lori Dalton, Becker sets out to uncover the truth behind the attack, and quickly realizes he’s caught in the middle of something far bigger and more dangerous. As bio-terrorists prepare to unleash a virus that causes humans to descend into ravenous madness, the pair are thrust into a desperate race against time to prevent a global plague that could wipe out human civilization.

Who is behind the attack? What do they want? And how can humanity hope to survive? Becker and Dalton’s answers may just lie deep within the icy wastes of the Ural Mountains …

“Rollicking pace, supercharged action, deadly intrigue, and a race to save humanity…Dark Harvest delivers everything you want from a powerhouse thriller!” —Scott Mariani, bestselling author of the Ben Hope series
“A suspenseful, gripping read that transported me into the freezing mountains and had me guessing to the end.” —Nicholas Sansbury Smith, New York Times bestselling author of Hell Divers
“A dynamic read full of apocalyptic action!…Cinematic and well-written.” —Book Junkie Reviews

Will Jordan, born in Scotland in 1983, is the internationally published bestselling author of the Ryan Drake series, and he cowrote the action thriller Deadly Cargo with James Patterson. In addition to his work as a writer, Will is also a prominent film and media critic, amassing over a million subscribers under his YouTube persona the Critical Drinker.