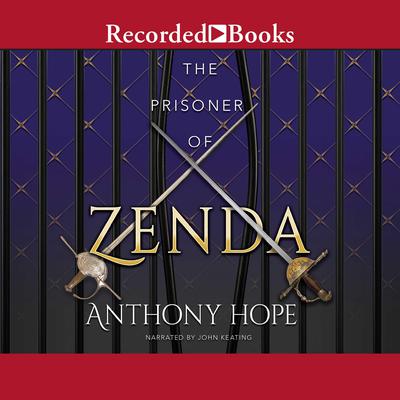 The Prisoner of Zenda

Anthony Hope's swashbuckling classic tale of adventure and romance: Ruritania, a beautiful kingdom in the mountains between Germany and Austria, is in the midst of a power struggle. On one side is the alcoholic lay-about crown prince, Rudolf-popular with the upper class and army-and on the other is his half-brother, Michael, who has the love of the common people. The struggle reaches a new fervor at Rudolf's coronation, when Michael kidnaps his brother and takes him to the Castle of Zenda. Now the only thing in the way of Black Michael's plan is a confused distant cousin in England. But a man named Rudolf Rassendyll could ruin Michael's plan. Rassendyll bears a striking resemblance to the kidnapped king Rudolf. After the king's disappearance, Rassendyll poses as the sovereign in order to maintain order-and finds that it is up to him to find the rightful ruler.

Anthony Hope (1863–1933) is the pseudonym of Anthony Hope Hawkins, a successful and prolific author of fiction and drama. The son of a school headmaster, Hope was born in London in 1863. While practicing law, Hope experimented with creative writing, publishing his first novel in 1890. With the publication of his most famous novel, The Prisoner of Zenda, in 1894, Hope abandoned his career in law to write full time. Throughout his productive life, Hope published a wide variety of works, ranging from light comedy to serious fiction.