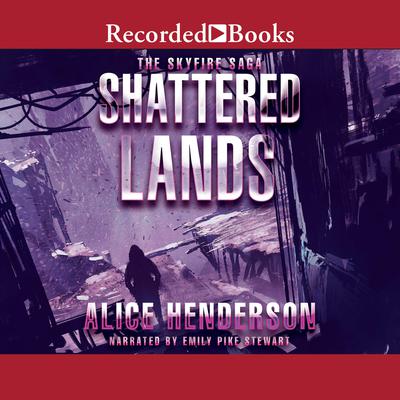 Environmental devastation has left Earth a wasteland, but an even more nightmarish fate looms if the woman known as H124 can't stop an extinction-level asteroid from destroying the planet. The Skyfire Saga On the run from a dangerous media empire, H124 places her hope in learning more about the Rovers, the last bastion of humans to embrace science as a solution to Earth's ongoing environmental catastrophe. But with the planet under imminent threat from plummeting asteroid fragments, H124 must take on a perilous new mission: find and assemble the pieces of an ancient spacecraft capable of pushing the deadly projectiles off course. Her journey will lead her to the hurricane-ravaged remains of the east coast, and onto the brutal streets of Murder City, where she learns a startling secret about her own past. Death Riders and night stalkers prowl the badlands, but an even greater danger lurks above as H124 fights to build the craft that is humanity's only hope for survival.