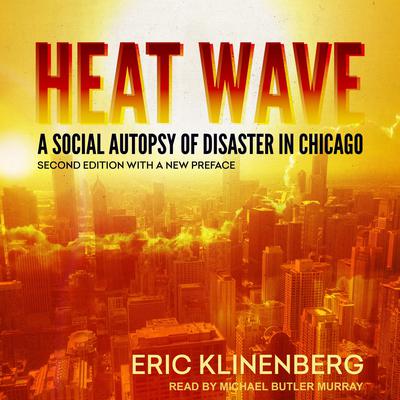 Heat Wave: A Social Autopsy of Disaster in Chicago, Second Edition with a New Preface

On Thursday, July 13, 1995, Chicagoans awoke to a blistering day in which the temperature would reach 106 degrees. The heat index, which measures how the temperature actually feels on the body, would hit 126 degrees by the time the day was over. When the heat wave broke a week later, city streets had buckled; the records for electrical use were shattered; and power grids had failed, leaving residents without electricity for up to two days. And by July 20, over seven hundred people had perished—more than twice the number that died in the Chicago Fire of 1871—in the great Chicago heat wave, one of the deadliest in American history.

Heat waves in the United States kill more people during a typical year than all other natural disasters combined. Until now, no one could explain either the overwhelming number or the heartbreaking manner of the deaths resulting from the 1995 Chicago heat wave. Meteorologists and medical scientists have been unable to account for the scale of the trauma, and political officials have puzzled over the sources of the city's vulnerability. In Heat Wave, Eric Klinenberg takes us inside the anatomy of the metropolis to conduct what he calls a "social autopsy," examining the social, political, and institutional organs of the city that made this urban disaster so much worse than it ought to have been.

Eric Klinenberg is a professor of sociology at New York University and the editor of the journal Public Culture. He is also coeditor of The Making and Unmaking of Whiteness. His first book, Heat Wave, won several scholarly and literary prizes and was declared a “Favorite Book” by the Chicago Tribune. His research has been heralded in the New Yorker and on CNN and NPR, and his stories have appeared in the New York Times Magazine, Rolling Stone, and on This American Life.