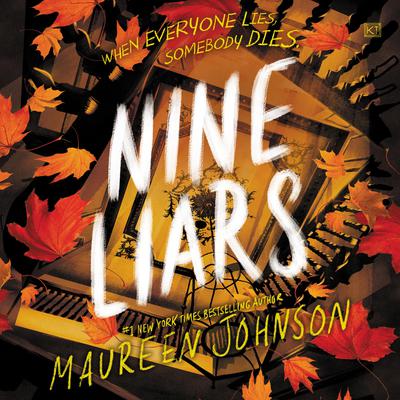 Stevie Bell solved the case of Truly Devious, and now she’s taking her detecting skills abroad when she becomes embroiled in a mystery from 1990s England. Another pulse-pounding and laugh-out-loud stand-alone mystery from New York Times bestselling author Maureen Johnson.

Senior year at Ellingham Academy for Stevie Bell isn’t going well. Her boyfriend, David, is studying in London. Her friends are obsessed with college applications. With the cold case of the century solved, Stevie is adrift. There is nothing to distract her from the questions pinging around her brain—questions about college, love, and life in general.

Relief comes when David invites Stevie and her friends to join him for study abroad, and his new friend Izzy introduces her to a double-murder cold case. In 1995, nine friends from Cambridge University went to a country house and played a drunken game of hide-and-seek. Two were found in the woodshed the next day, murdered with an ax.

The case was assumed to be a burglary gone wrong, but one of the remaining seven saw something she can’t explain. This was no break-in. Someone’s lying about what happened in the woodshed.

Maureen Johnson is the bestselling author of several novels for young adults, including the Truly Devious series and the Shades of London series, among others. She has also penned collaborative works, such as Let It Snow with John Green and Lauren Myracle and The Bane Chronicles with Cassandra Clare and Sarah Rees Brennan. Her work has appeared in the New York Times, BuzzFeed, and the London Guardian, and she has also served as a scriptwriter for EA Games. She has an MFA degree in writing from Columbia University.