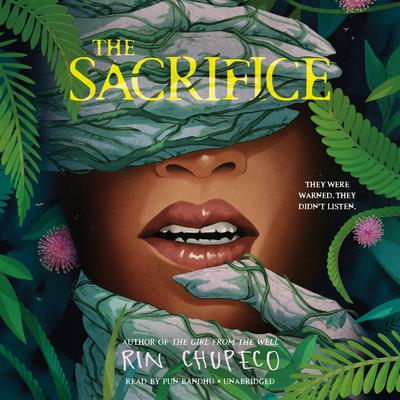 An island oasis turns deadly when a terrifying legend threatens to kill off visitors one by one in this haunting novel from the highly acclaimed author of The Girl from the Well and the Bone Witch trilogy.

Pristine beaches, lush greenery, and perfect weather, the island of Kisapmata would be the vacation destination…if not for the curse. The Filipino locals speak of it in hushed voices and refuse to step foot on the island. They know the lives it has claimed. They won’t be next.

A Hollywood film crew won’t be dissuaded. Legend claims a Dreamer god sleeps, waiting to grant unimaginable powers in exchange for eight sacrifices. The producers are determined to document the evidence. And they convince Alon, a local teen, to be their guide.

Within minutes of their arrival, a giant sinkhole appears, revealing a giant balete tree with a mummified corpse entwined in its gnarled branches. And the crew start seeing strange visions. Alon knows they are falling victim to the island’s curse. If Alon can’t convince them to leave, there is no telling who will survive. Or how much the Dreamer god will destroy …

“Rin Chupeco’s newest story is as terrifying as it is riveting, and you will not put the book down until you know each character’s fate.” —Youth Services Book Review (starred review)
“Chupeco creates an environment thick with mystery, full of haunting balete trees and eerie ghost sightings coupled with a legend that dates to Spanish colonization of the Philippines.” —Kirkus Reviews

Rin Chupeco, raised in Manila, Philippines, is the author of numerous novels of young adult fiction