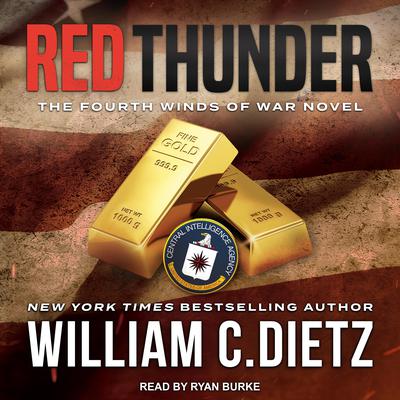 As the war heats up the Russian plant is producing significant quantities of Rhenium, a rare Earth element used to produce alloys for jet engines, filaments for mass spectrographs, and electrical contacts. And, according to a CIA agent named Cassandra, the Russians are going to move a large shipment of Rhenium out of the Kyshtym facility to Moscow in 24 days. A decision is made at NATO headquarters in Brussels, Belgium. Rather than allow the Russians to transport the Rhenium to Moscow, where they will use it as part of the war effort, the Allies will create a pop-up infantry battalion, and send it into Russian territory to hijack the shipment.

The man chosen to lead the battalion is an army reserve colonel, and well-known actor named Alton Flynn; a man who, though famous for performing his own stunts and his magnetic personality, is also known to be a narcissist and a woman chaser. But as one general puts it, "Flynn is just crazy enough to get the job done . . . Assuming we send a real soldier to keep him on the rails."

The "real soldier" is Flynn's XO, Major Marlo Martin—who's known for her cool head. She, along with CIA Paramilitary Officer Dan Dean, and a battalion consisting of 300 strangers, are about to attempt the impossible. If they manage to succeed that, according to the Director of the CIA, "Will be a f'ing miracle."

William C. Dietz is the New York Times bestselling author of more than fifty novels, including Halo: The Flood and the Legion of the Damned series. He grew up in the Seattle area, served as a medic with the navy and marines, and graduated from the University of Washington. He worked as a surgical technician, a news writer, a college instructor, a television producer, and a director of public relations for an international telephone company prior to embarking on a full-time writing career.