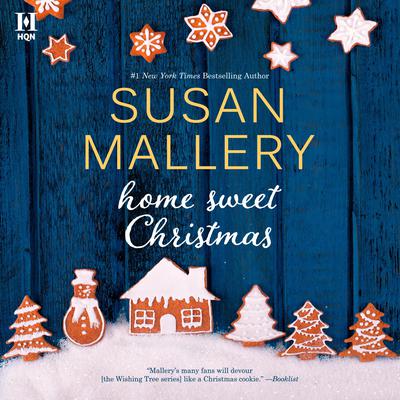 Until Camryn Neff can return to her “real” life in Chicago, she’s in Wishing Tree to care for her twin sisters. She’s not looking for forever love, not here. But handsome hotelier Jake Crane is a temptation she can’t resist, so she suggests they pair up for the season. No golden rings, no broken hearts. At his side, she sees her hometown through Christmas-colored eyes. The cheer is cheerier, the joy more joyful. She thought she had put her future on hold…but maybe her real life was here all along, waiting for her to come home.

New in town, River Best is charmed by Wishing Tree’s homespun traditions and warmhearted people. When she’s crowned Snow Queen, she’s honored but wary. Dylan Tucker, her king, seems like the stuff of sugarplum dreams, but she can’t shake the feeling that he’s hiding something big. As they perform their “royal” duties—tasting cookies, lighting trees—Dylan’s good humor and melty kisses draw her to the brink of love. But she can’t let herself fall until she uncovers his secret, even if her lack of faith means losing him forever.

Susan Mallery is a critically acclaimed author of more than one hundred romance and women’s fiction novels, which have made the New York Times bestsellers list and been listed in Booklist’s Top 10 Romances for four consecutive years. Her books have been translated into twenty-eight languages. Because she is passionate about animal welfare, pets play a big role in her books.