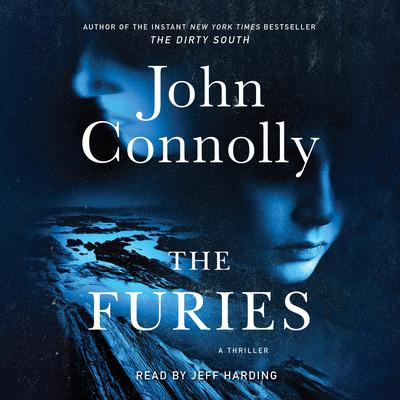 From “a master of the macabre” (RT Book Reviews), private investigator Charlie Parker is unwittingly drawn into a world of vengeance. New York Times bestselling author John Connolly pits Parker against two separate—but vitally connected—investigations, which prove to be among the most complicated of his entire career.

In The Sisters Strange, criminal Raum Buker arrives in Portland, only for a shocking act of theft to threaten not only his own existence but those of his former lovers—the enigmatic sisters Strange.

And in the title novel, The Furies, Parker must protect two women under threat as Portland shuts down in the face of a global pandemic. Unbeknownst to him, however, these clients are more capable of taking care of themselves than anyone could have imagined.

“One of the best thriller writers we have.” —Harlan Coben, #1 New York Times bestselling author, praise for the author

John Connolly is a New York Times bestselling author known for his detective Charlie Parker mysteries. He also writes the supernatural collection Nocturnes, the Samuel Johnson Trilogy for younger readers, and with co-author Jennifer Ridyard the Chronicles of the Invaders series. His twenty-five novels, nonfiction, and short stories have won the Agatha, Barry, Edgar, Shamus, and Anthony Awards, as well as being finalists for the Hughes & Hughes Irish Novel of the Year, H. R. F. Keating Award, and Bram Stoker Award.