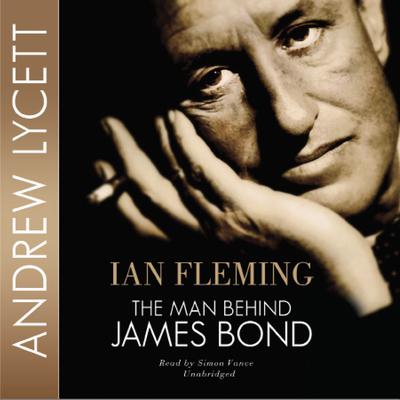 Sportsman, womanizer, naval commander, world-traveler, and spy, the creator of the Cold War’s archetypal secret agent was infinitely more complex and interesting than his iconic fictional character, Agent 007. Fleming’s wide-ranging and exciting life inevitably provided the plausible backdrop for his Bond novels. Highly regarded in British naval intelligence for his international contacts, he master-minded numerous top secret operations, including “Golden Eye,” which is uncovered here for the first time. He was also fundamental in shaping the prototype CIA. Two months before his wedding to Ann O’Neill, the widow of a friend with whom he’d carried on a passionate affair for fifteen years, Fleming sat down to write his first book, Casino Royale, in order to soothe his nerves. Thus began the long line of Bond novels for which he would earn lasting fame.

“A thoroughly researched, definitive portrayal of a complex man…Lycett has also succeeded in separating the author from the phenomenon while putting both in the context of their times.” —Library Journal
“Exhaustive and compulsively readable…Biographer Lycett calls his subject ‘an immature child of the jazz age’—a man of wealth and privilege who shared his fictional hero James Bond’s fascination with women, gambling, and drinking…One of the book’s pleasures is reading about upper-class social life before, during, and after the war: Fleming and his wife, Ann, mingled with statesmen and notable cultural figures in London and at Goldeneye, their Jamaican retreat. But Fleming did have a darker side, collecting sadomasochistic erotica and being callous to women. Lycett uncovers the seeds of Bond in Fleming’s life (though perhaps not as thoroughly as diehard fans would wish), as well as addressing the decline of Britain’s power in the postcolonial world. In this anecdote-filled account, Lycett pays tribute to Fleming’s colorful life, which was cut short by a heart attack in 1964 at age fifty-six, just two years after Sean Connery starred in the film version of Dr. No.” —Publishers Weekly
“Lycett’s emphasis is squarely on Fleming, not his famous creation…This is a densely detailed book about a man who, in the course of many other activities, wrote popular novels about a spy, not a reckoning with the creator of an enduring modern myth. Fleming scholars will find this a useful resource.” —Kirkus Reviews
“A rich life story is matched with an ideal reader. Andrew Lycett’s literate, well researched biography of Ian Fleming…is an absorbing account of one of the most fascinating figures of popular culture. Lycett’s sure grasp of the Bond novels also allows him to refer to pertinent and familiar scenes that reflect Fleming’s many travels and earlier experiences. [Simon Vance] narrates the text in clear, crisp BBC English…[The] story is served well by a reader whose performance connotes a patrician equanimity and style.” —AudioFile

Andrew Lycett received a history degree from Oxford University before becoming a journalist at the Sunday Times (London), where he served as a foreign correspondent in Africa and the Middle East. He has written acclaimed biographies on Ian Fleming, Dylan Thomas, Sir Arthur Conan-Doyle, Muammar Qaddafi, and Rudyard Kipling. He lives in London.