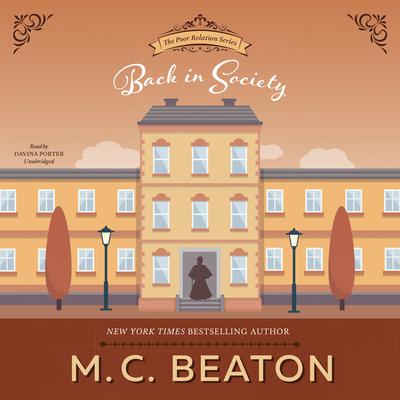 Life is finally looking up for the poor relations. The Prince of Wales’ coat of arms gleams over the hotel entrance. All but one of the rooms are filled by the open-handed Prince Hugo and his entourage. The owners have taken on a new partner, Mr. Jason Davy, a popular actor. Even curmudgeonly Sir Philip hasn’t uttered anything loathsome for days. They have finally reached a position comfortable enough to allow them to consider offers to buy the hotel.

The poor relations’ hard-earned success, however, is in stark contrast to the plight of their latest guest, Lady Jane Fremney. The slight, beautiful youngest daughter of the Earl of Durby has been cast out of her family for refusing to marry the man her father has chosen. Lonely and bankrupt, Lady Jane has decided to commit suicide. But when Miss Tonks uncovers her plans, the poor relations go into action again to rescue Lady Jane from suicide, her father, and her intended husband.

“[Beaton] delivers a pleasurable farewell to a memorable cast of heartwarming characters.” —Publishers Weekly
“[Beaton] injects just the right elements of suspense, romance, and outrageous humor into this smashing Regency.” —Booklist
“Fans of the series will appreciate the fact that the author ties up loose ends for all the hotel owners, with even the sour Sir Philip finding an avenue open for the future.” —Library Journal