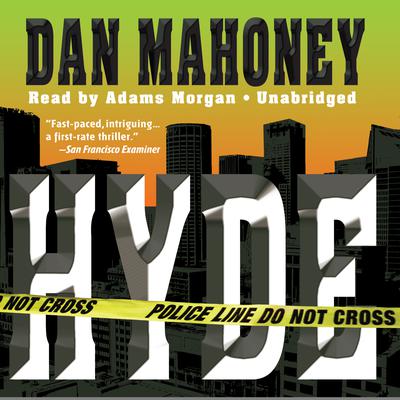 NYPD Detective Brian McKenna is back where he belongs: hunting down a mysterious killer who preys upon the city’s most forgotten members. At first blush, it seems as if these homeless men have frozen to death on the city streets. But the succession of deaths seems too suspicious for McKenna to ignore. He soon finds that all of the victims were HIV-positive, and all were seen taking their last drink from a bottle of wine given to them by a gaunt, black-clad man called “Hyde.”

Who is this sinister figure, and why is he killing harmless men who are already at death’s door? A hell-bent McKenna must chase the murderer from the streets of Manhattan through Europe and finally to Costa Rica to uncover the astounding answer.

“[Mahoney] treats us to some of the finest police work since William Canutiz.” —New York Times Book Review
“Fast-paced, intriguing…a first-rate thriller.” —San Francisco Examiner
“A complex and bittersweet story…Mahoney skillfully peels back layer after layer of his plot to show just how much painstaking work it takes to build a case against a killer.” —Orlando Sentinel
“This rapid-fire narration leaves the listener panting with anticipation and tension for the next detailed step.” —AudioFile