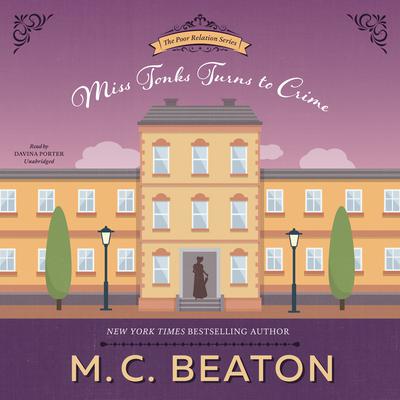 The oddly assorted group met some time ago. All of them were poor relations, the genteel paupers of society, living on little more than their dignity. They banded together and started the Poor Relation hotel, hoping to be bought out by their embarrassed relations. Though as the hotel prospered, they began to enjoy the fruits of their labor. But once more they are in need of funds.

To stoop to crime in their days of poverty was one thing, but to turn to it again when they have enjoyed a certain amount of success is quite another. But they all agree: the hotel must go on. And so poor, faded Miss Tonks has been persuaded to steal something valuable enough from her rich sister to set the poor relations on their feet. They all have their doubts about Miss Tonks' chances for success, but the shy spinster has more than a few surprises in store.

“Combines zany characters with lighthearted romance and a well-developed scenario to produce an engaging Regency.” —Library Journal
“It is Miss Tonks’ turn to raise funds. She decides to play highwayman/woman and hold up her sister’s coach in order to snatch some diamonds. The result is a tumultuous affair that draws in her niece and the handsome nobleman who happens to live next door. Naturally, as in all of Chesney’s fiction, romance is the final result, but only after plenty of neatly contrived disasters.” —Booklist