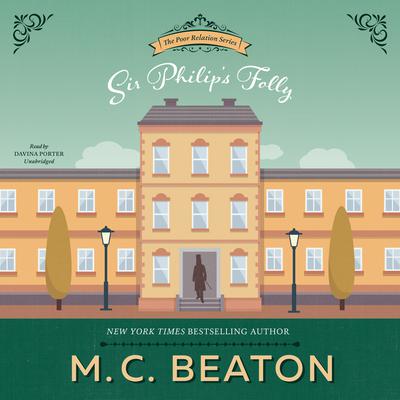 Just when everything at the Poor Relation Hotel seems to be running smoothly, Sir Philip brings in another poor relation, Mrs. Budge. When Sir Philip presents his paramour, Lady Fortescue swears great oaths and says the woman is probably related to half the costermongers in London and certainly does not possess one rich relative. Mrs. Budge does nothing but eat all day and refuses to do any work around the hotel. Worst of all, Miss Tonks seems to be taking the romance between Sir Philip and Mrs. Budge quite hard.

In the middle of all this commotion, a certain Lady Carruthers and her daughter Arabella come to stay at the hotel. Lady Carruthers is a widow trying to pass herself off as much younger than she actually is. To this end she dresses poor Arabella, who is all of nineteen, as a young schoolgirl and refuses to bring her out. It is up to the poor relations to deal with the lazy Mrs. Budge, find Arabella a husband, and trounce her terrible mother!

“Sir Philip has committed many follies in the past three novels in Chesney’s Regency series, the Poor Relations. Here, in the fourth entry of the series, he has fallen in love with a totally unsuitable woman who is eating the Poor Relations out of their meager profits. The ploy to separate Philip from his leeching lady becomes entangled with a plan to sponsor the coming-out party of a repressed hotel guest whose widowed mother is trying to keep her daughter out of the social scene in order to stay there herself. Amusing.” —Booklist
“A lighthearted romp by a prolific genre author. Chesney skillfully creates spirited characters, including the older principals, and places them in a believable period atmosphere.” —Library Journal