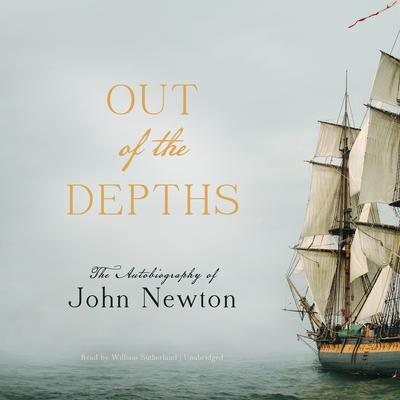 Out of the Depths: The Autobiography of John Newton

“Amazing grace, how sweet the sound that saved a wretch like me…” So begins one of the most beloved hymns of all time. This is the autobiography of the man who penned those words. John Newton, the self-proclaimed “wretch,” was an active slave trader for several years until, on a homeward voyage through a violent storm, he experienced what he was later to refer to as his “great deliverance.” He tells of the events that led him from sin and bondage to a life transformed by God’s amazing grace.

“Out of the Depths provides a beautiful picture of the ‘amazing grace’ Newton so eloquently described in his famous song.” —Singing News

John Newton (1725–1807) was born in London and at age eleven went to sea with his father, a shipmaster on the Mediterranean. Disregarding his mother’s prayer that he enter the ministry, he engaged in the lucrative but brutal African slave trade for a number of years. After his conversion he served in the Church of England as curate of Olney parish and later rector of St. Mary Woolnoth church in London. In addition to the words of “Amazing Grace,” he was a prolific songwriter whose other well-known hymns include “Glorious Things of Thee Are Spoken” and “How Sweet the Name of Jesus Sounds.”