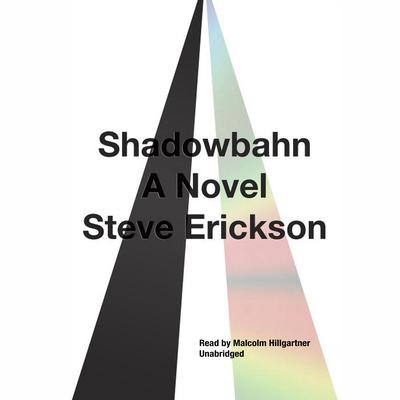 New York Times Pick of Paperbacks to Check Out This Week

A 2017 Literary Hub Pick of Best Works of Experimental Literature

A BookRiot Pick of the Most Anticipated Books of 2017

When the Twin Towers suddenly reappear in the badlands of South Dakota twenty years after their fall, nobody can explain their return. To the hundreds, then thousands, then tens of thousands drawn to the “American Stonehenge”—including Parker and Zema, siblings on their way from Los Angeles to visit their mother in Michigan—the Towers seem to sing, even as everybody hears a different song. A rumor overtakes the throng that someone can be seen in the high windows of the southern structure.

On the ninety-third floor, Jesse Presley—the stillborn twin of the most famous singer who ever lived—suddenly awakes, driven mad over the hours and days to come by a voice in his head that sounds like his but isn’t, and by the memory of a country where he survived in his brother’s place. Meanwhile, Parker and Zema cross a possessed landscape by a mysterious detour no one knows, charted on a map that no one has seen.

Haunting, audacious, and undaunted, Shadowbahn is a winding and reckless ride through intersections of danger, destiny, and the conjoined halves of a ruptured nation.

“Malcolm Hillgartner’s narration is reminiscent of classic Twilight Zone voice-overs…The story’s structure (or lack thereof) initially may be jarring, but Hillgartner is a stabilizing presence. His commanding delivery makes the impossible seem plausible and guides listeners through a surreal journey.” —AudioFile
“A beautiful, moving, strange examination of apocalypse and rebirth.” —Neil Gaiman, #1 New York Times bestselling author
“[An] utterly Daliesque, polyphonic rhapsody of a book.” —O, The Oprah Magazine
“It’s sad, and it’s droll, and sometimes it’s gorgeous…A polyphonic dirge for an America that has perhaps never lived anywhere but in the imagination of those of us who keep fighting for it anyway.” —New York Times Book Review
“Provocative throughout, alive with laughter and surprising in the ways it stirs the heart…on the twinned themes of American music and history.” —Washington Post
“The first novel of the Trump era. [Erickson] has written a battle hymn.” —Chicago Tribune
“In this audacious futuristic novel, Erickson takes on American myth and history, scrambling mobile phone signals and playlists, pushing our imaginative borders along ever more shadowy fault lines.” —BBC
“Jaw-dropping.” —Granta
“Think Philip K. Dick on smoother acid and with a more up-to-date soundtrack, and you’ve got something of this eminently strange, thoroughly excellent book.” —Kirkus Reviews (starred review)
“Erickson’s gem of a novel is equally challenging and rewarding, spinning out thread after thread of story before skillfully tying them together in a satisfying climax.” —Publishers Weekly

Steve Erickson is the author of both fiction and nonfiction works, including two books on American politics and popular culture that have been published in ten languages. His work has appeared in such publications as Esquire, Rolling Stone, and the New York Times magazine. He is currently the film critic for Los Angeles magazine and the editor of the literary journal Black Clock, which is published by the California Institute of the Arts, where he teaches. He has received a Guggenheim Fellowship and the American Academy of Arts and Letters award in literature.