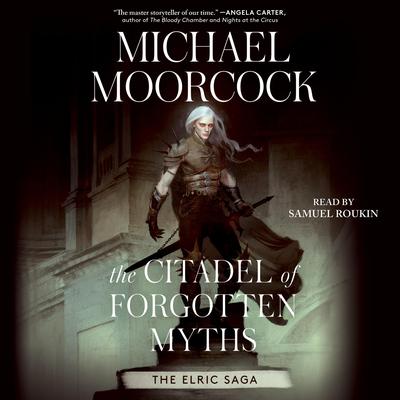 The Citadel of Forgotten Myths

Elric along with his companion Moonglum return, in this prequel set within the early days of Elric’s wanderings, in order to investigate the history of Melniboné and its dragons, known as the Phroon, in this exciting new addition to the Elric Saga from World Fantasy Lifetime Achievement Award winner Michael Moorcock.

Elric is the estranged emperor of the Melnibonéan empire, struggling with his nature while desperately striving to move forward with his dying empire alongside the constant thirst of his soul-sucking sword, Stormbringer. Elric is on the hunt for the great Citadel of Forgotten Myths while traveling through the remnants of his empire with his tragic best friend Moonglum, as Elric seeks the answers to the nature of the phroon of The Young Kingdoms. Taking place between the first and second book in the Elric Saga, The Citadel of Forgotten Myths is perfect for longtime fans and those new to this epic fantasy series.

“Moorcock sends his most famous creation, Elric, doomed Prince of the Black Sword (who last appeared in 2005’s The White Wolf’s Son), on a quest to find his roots…Readers familiar with the Elric saga will find much of the early brio retained, though the adventure is now tempered with brooding melancholia…Fans will find plenty that fascinates in this return to the long-running series.” —Publishers Weekly