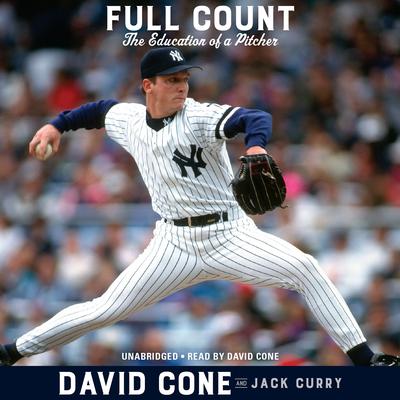 Full Count: The Education of a Pitcher

Met and Yankee All-Star pitcher David Cone shares lessons from the World Series and beyond in this essential memoir for baseball fans everywhere.

“There was a sense about him and an aura about him. Even when he was in trouble, he carried himself like a pitcher who said, ‘I’m the man out here.’ And he usually was.” —Andy Pettitte on David Cone.

To any baseball fan, David Cone was a bold and brilliant pitcher. During his 17-year career, he became a master of the mechanics and mental toughness a pitcher needs to succeed in the major leagues. A five-time All-Star and five-time World Champion now gives his full count — balls and strikes, errors and outs — of his colorful life in baseball.

From the pitchers he studied to the hitters who infuriated him, FULL COUNT takes readers inside the mind of a thoughtful pitcher, detailing Cone’s passion, composure and strategies. The book is also filled with never-before-told stories from the memorable teams Cone played on — ranging from the infamous late ‘80s Mets to the Yankee dynasty of the ‘90s.

And, along the way, FULL COUNT offers the lessons baseball taught Cone — from his mistakes as a young and naive pitcher to outwitting the best hitters in the world — one pitch at a time.

“Chapters crackle like his trademark slider, none more so than his opus on the pitcher-catcher symbiosis.” —Tom Verducci, New York Times bestselling author
“Cone provides a unique analysis of an intriguing game.” —Booklist
“Refreshing…this is a must-read.” —Library Journal
"[An] enjoyable memoir that recounts Cone’s remarkable career and provides an honest look at the road to the major leagues…Baseball aficionados of any allegiance will surely delight in this behind-the-scenes memoir.” —Publishers Weekly

David Cone is the current color commentator for the New York Yankees on the YES Network. He made his MLB debut in 1986 and continued playing until 2003. Cone pitched the sixteenth perfect game in baseball history in 1999. He was a five-time All-Star and led the major leagues in strikeouts each season from 1990-92. A two-time 20 game-winner, he set the MLB record for most years between 20-win seasons with 10. He was a member of five World Series championship teams—1992 with the Toronto Blue Jays, and 1996, 1998, 1999 and 2000 with the New York Yankees. He currently lives in New York City.