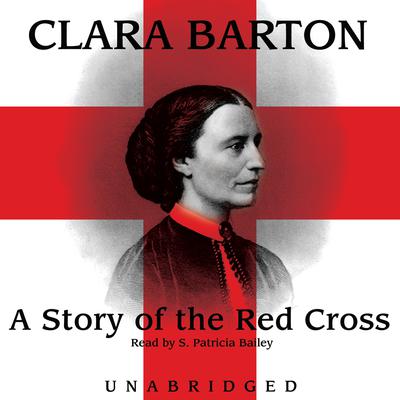 A Story of the Red Cross

Clara Barton was one of those diminutive New England women of the nineteenth century who was determined to make the world a better place. In 1881, she founded the American Red Cross to help the unfortunate victims of war and disaster, and served as its president from 1882 to 1904. The Red Cross of today stands as a living memorial to the lifelong efforts of this valiant lady.

Here Miss Barton tells the story of the first twenty-five years of the historic organization she founded. She shares details about the relief the Red Cross brought during the Texas Famine, the Mount Vernon Cyclone, the Johnstown Flood, the Sea Island Hurricane, and the Galveston Tidal Wave. The stories become all the more dramatic as a living eyewitness account told in Clara Barton's own words.

Clarissa Harlowe Barton (1821–1912) was born in Oxford, Massachusetts, and attended the Liberal Institute of Clinton, New York. She organized a system of free public schools in Bordentown, New Jersey in 1851. While working for the US Patent Office in Washington, DC, Clara Barton launched her philanthropic career when the Civil War began. She used her own money to get supplies for needy soldiers, eventually becoming supervisor of nursing for the Army of the James. Her names “Angel of the Battlefield,” and “America’s Florence Nightingale,” came from her work on behalf of the wounded on the battlefield regardless of risk to herself. During the Franco-Prussian War, she became associated with the International Red Cross, and founded the American Red Cross in 1881. Largely through her efforts, the US Senate confirmed the Geneva Convention in 1882. Upon her death in 1912, the Detroit Free Press wrote: “She was perhaps the most perfect incarnation of mercy the modern world has known.”