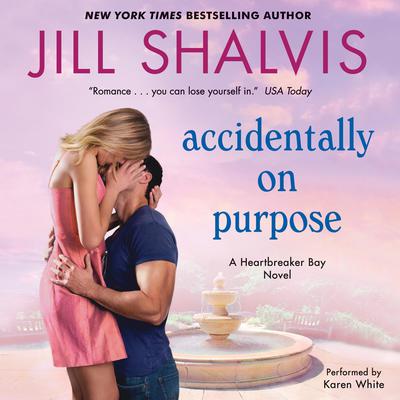 An Amazon Best Book of the Month for January 2017

Elle Wheaton’s priorities: friends, career, and kick-ass shoes. Then there’s the muscular wall of stubbornness that’s security expert Archer Hunt—who comes before everything else. No point in telling Mr. “Feels-Free Zone” that, though. Elle will just see other men until she gets over Archer . . . which should only take a lifetime . . .

Archer’s wanted the best for Elle ever since he sacrificed his law-enforcement career to save her. Their chemistry could start the next San Francisco earthquake and he craves her 24/7, but Archer doesn’t want to be responsible for the damage. The alternative? Watch her go out with guys who aren’t him . . .

As far as Archer’s concerned, nobody is good enough for Elle. But when he sets out to prove it by sabotaging her dates, she gets mad—and things get hot as hell. Now Archer has a new mission: prove to Elle that her perfect man has been here all along . . .

“Shalvis is back at it with another unforgettable romance set in San Francisco. Elle and Archer are perfectly suited for each other, which is illustrated to perfection with their coy cat-and-mouse games. Their quick wits, banter, and snarky remarks keep the laughter flowing. All of the characters surrounding the reluctant couple are a hoot, too. The third book in the Heartbreaker Bay series is a lot of fun and just plain enjoyable to read.” —RT Book Reviews (4 stars)
“Sexy, touching, and often funny, this San Francisco-set romance brings the city to life and a superbly matched couple to their senses.” —Library Journal
“Shalvis continues her Heartbreak Bay series with Elle and Archer’s roller-coaster romance…using her signature witty banter, emotional back story, hot chemistry, and affecting romance. Sexy, engaging, and fun.” —Kirkus Reviews
“Narrator Karen White expresses Elle’s take-charge attitude and Archer’s equally strong personality. Characters from the previous books add to the listener’s enjoyment, with White pleasantly voicing each of them. White successfully expresses the many humorous interactions between the characters. For those who are familiar with the series, it’s a visit with old friends. But those new to the series will enjoy the audiobook as well.” —AudioFile 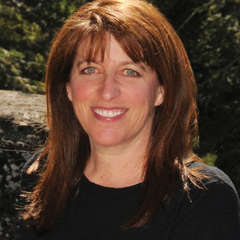 Jill Shalvis, a New York Times and USA Today bestselling author, has written more than fifty acclaimed, award-winning romance novels. She is a three-time winner of the National Reader’s Choice Award and has been nominated for the RITA Award and for Romantic Times’ Career Achievement Award.