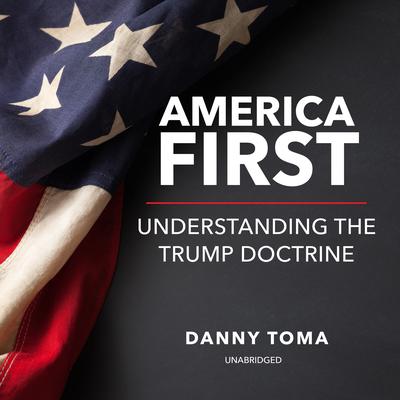 For decades, Americans have been conditioned to believe “foreign policy” is the policy of prioritzing the interests of foreign nations over American interests. After all, that’s how previous presential administrations have behaved. But Donald Trump won the presidency because he promised a foreign policy that put America first. So what does Trump’s “America First” foreign policy doctrine mean in practice? What does putting America first actually look like in terms of our relations with the nearly two hundred countries around the globe? This book, written for those who scratch their heads at the mention of South Ossetia or Kurdistan, will take the entire world and break it down piece by piece, showing where America’s vital interests lie in the current geopolitical climate.

Danny Toma served for over twenty-two years as a Foreign Service Officer with the US Department of State. Prior to working for State, he taught history for several years in the Choctaw Tribal School System near Philadelphia, Mississippi. He lives in Oxford, Mississippi, where he is active in his local Catholic parish, the Sons of the American Revolution, and the Sons of Confederate Veterans.