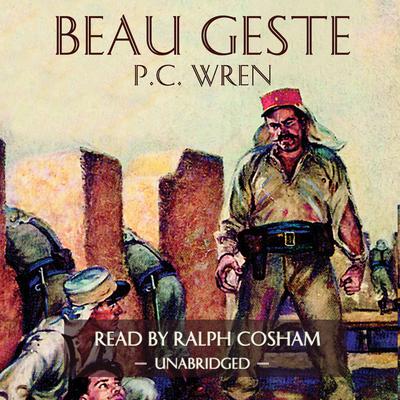 A shot rang out. The Arabs surged forward under a savage fusillade of heavy fire. As they advanced, Geste rushed up and down his side of the roof, shooting constantly to trick the Arabs into believing the fort was heavily manned. They couldn’t be allowed to learn the grave truth—that of all those hard-bitten veterans who had yelled their defiance at the first Arab onslaught, who had shouted with joy at the order of ‘Aux Armes,’ only ten remained—ten legionnaires against a thousand Arabs.

Beau Geste is a world-famous novel of suspense and adventure, love and glory, courage and treachery. It is the thrilling story of three men who braved the hellish brutality and ruthless savagery of the French Foreign Legion to protect the honor of a woman they loved more than their lives.