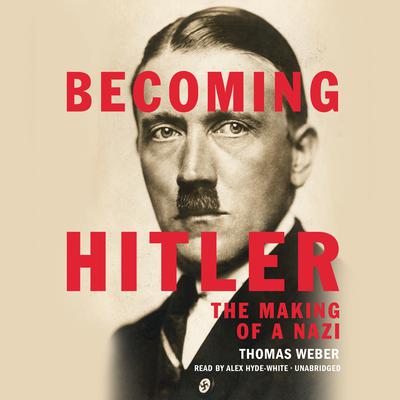 Becoming Hitler: The Making of a Nazi

An award-winning historian charts Hitler’s radical transformation after World War I from a directionless loner into a powerful National Socialist leader.

In Becoming Hitler, Thomas Weber examines Adolf Hitler’s time in Munich between 1918 and 1926, the years when Hitler shed his awkward, feckless persona and transformed himself into a savvy opportunistic political operator who saw himself as Germany’s messiah. The story of Hitler’s transformation is one of a fateful match between man and city. After opportunistically fluctuating between the ideas of the left and the right, Hitler emerged as an astonishingly flexible leader of Munich’s right-wing movement. The tragedy for Germany and the world was that Hitler found himself in Munich; had he not been in Bavaria in the wake of the war and the revolution, his transformation into a National Socialist may never have occurred.

In Becoming Hitler, Weber brilliantly charts this tragic metamorphosis, dramatically expanding our knowledge of how Hitler became a lethal demagogue.

Thomas Weber, the award-winning author of several books, is a professor of history and international affairs at the University of Aberdeen, Scotland.